By Anna Jauhola
Nearly two years ago, Kittson County Emergency Manager Scot Olson began seeking a formal mutual aid agreement with Emerson, Manitoba. He is now on the home stretch of getting that contract finalized.
The Canadian Border Services Agency drafted the document that will cover crossing procedures for Kittson County and Canadian officials in the event of a mutual aid emergency. This will provide 60 extra firefighters in the case of a major event.
Olson’s journey in seeking this agreement began after dry conditions sparked a devastating wildfire in Clow Township in northern Kittson County in the summer of 2018.
“Right now, I’m in the final processes of getting our fire departments involved,” Olson said. “We’re putting together a list of their rosters for the vetting process. I have to send their information in like a copy of their enhanced drivers license or passport. Then I just have to wait on final approval from the state.”
Currently, the county has a handshake agreement with Canadian officials. The formal agreement will be the first of its kind in the state of Minnesota. Other cities along the Minnesota/Canadian border also have handshake agreements for mutual aid, but nothing written and signed, Olson said.
Because the Rural Municipality of Emerson, Manitoba, already has a similar agreement with Pembina County, N.D., the agreement Olson is working on will be for crossing at the Lancaster/Tolstoi, Manitoba, ports of entry only.
“It’ll really work out slick,” Olson said. “If we go to Canada, they’ll give the gate code to dispatch and dispatch gives it to our fire guys.”
Tolstoi’s port closes at 10 p.m. and Lancaster’s closes at 8 p.m. in the summer and 6 p.m. in the winter.
This agreement, which Olson first proposed in October 2018, will give desolate areas in northern Kittson County more aid in a severe emergency. Mutual aid from Canada will include the municipalities of Emerson-Franklin, Dominion City, Vita and Stuartburn.
While all these municipalities and Kittson County’s crews are completely on board, the major hang-up is from the state of Minnesota.
“I sent a letter to the head of (Minnesota’s) emergency management, Joe Kelly, and reiterated the importance of this and asked him to please send the packed back that I sent to him in January, which was for the governor to sign,” Olson said.
In the meantime, the mutual aid agreement is complete and awaiting signatures of local and Canadian fire chiefs.
“It’ll be a slam dunk,” he added. “It’s gonna happen, but it’s been a long process.” 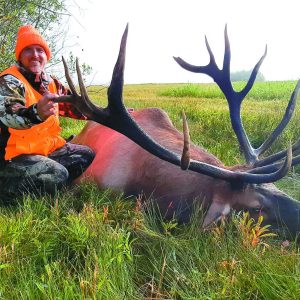 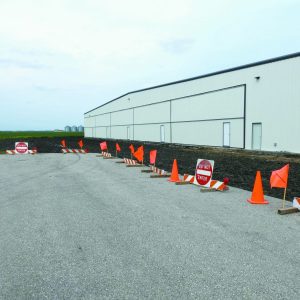