By Anna Jauhola
Although Kittson Central and Lancaster school districts both sent word to the Minnesota State High School League last week to keep fall sports action in the spring, they now must move forward under different circumstances.
MSHSL declared Monday, Sept. 21 to reopen fall sports to take place in the fall season. For the Kittson County Central Bearcats, that means volleyball and football can play shortened seasons starting in October. While this decision is fresh, and the situation is fluid, athletic directors at both schools are working to plan schedules and logistics.
Kittson Central School Board met on Wednesday, Sept. 23 just after the sports cooperative board met at the auditorium in Hallock. Board member Eric Ristad gave a short report the cooperative met and discussed details about the football and volleyball seasons.
Kittson Central Athletic Director Jami Carr expounded on the subject, stating both sports can begin practice for games on Sept. 28 and volleyball can begin competitions on Oct. 8, while football can begin on Oct. 9.
She said volleyball games will be limited to players, coaches and officials only – no spectators will be allowed. Football, however, being an outdoor activity, can allow up to 250 spectators.
“We talked about that today, possibly allotting a certain number of tickets or wristbands or people to come from the opposite teams,” Carr said. “We hope to limit it to adults or parents per player on the opposite team. But once the bracelets are out, it’s at their discretion.”
For local spectators, Carr said the cooperative board discussed providing two tickets per player household, because there are some households with multiple players.
And, spectators would be limited to grade 7 through adults.
“This gives us a starting point. It allows our athletic directors to work on their planning, knowing full well it’s all subject to change,” said Kittson Central Superintendent Bob Jaszczak.
Board member Mark Johnson asked whether the full cooperative board agreed with going forward or if there was any hesitation from anyone.
Jaszczak said neither school was thrilled with MSHSL’s decision to allow fall sports to be played in the fall this year.
“They are essentially putting the sports and activities in front of our educational process,” Jaszczak said. “And the way the league did this, they kind of threw the schools back under the bus, is the way I feel about the whole thing.”
Lancaster Superintendent Shannon Hunstad said Monday morning that his district and school board were also unhappy with how MSHSL handled its decision.
“They had made their decision already and now they’ve decided to change their minds. What happens then is it puts communities against each other. It causes more issues, if you will,” Hunstad said. “We felt (the league) should have stayed with their (original) decision.”
Despite that, Lancaster School supports the high school league’s decision to provide a fall sports season in the fall as safely as possible.
Continued on page 2
“But education is first. We don’t want to go into distance learning, we can’t afford to do that for our kids,” Hunstad said. “We want to allow sports, we want our kids to have normalcy, but on the other hand we can’t switch our learning style.”
Both Lancaster and Kittson Central are supporting their student athletes and are working hard to provide as safe a season as possible. Everyone involved in planning will closely monitor and evaluate COVID-19 case numbers, collaborate with public health and adjust accordingly as the situation changes.
Jaszczak added the cooperative board did not discuss opting out of the season, but met with Jeanna Kujava, school nurse, to discuss scenarios of how to coordinate games at home and away.
“I think it’s crappy the Minnesota State High School League did this,” said Amanda Pinnock, Kittson Central board member. “My concern is we don’t even let (the students) sing in choir within the vicinity of each other, but we’re going to let people tackle each other. That doesn’t make any sense in my mind.”
The board agreed education needs to come first and keeping students in the school building is paramount to effective learning. Jaszczak said, just as with planning for education, any planning taking place to put a safe fall sporting season together is being done by following Minnesota Department of Health and Department of Education guidelines. Should COVID-19 numbers rise to the point that school goes to distance learning, planning for fall sports becomes moot as all activities will be called off anyway.
“The discussion during the sports co-op meeting was how are we going to best manage the fall sports now that we are in a situation in which they’ve opened up,” Jaszczak said.
Board member Ristad agreed their first job is to educate the students, but with this option now in play, it is also their job to provide a balancing act and some normalcy for the children. It was noted that each student also retains individual choice whether to participate, as does each school district.
In other business, the board:
• Approved the maximum proposed levy for 2021, which is down about 6 percent from last year, at $1,280,741.36.
• Approved resignations of two baseball coaches, Brian Pastir, who has coached for 33 years, and Frank Johnson, who is moving out of town.
• Approved an extra hour per day for Emily Kuzel, who is providing additional student support for children who don’t quite qualify for special education. 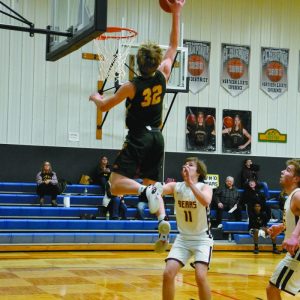 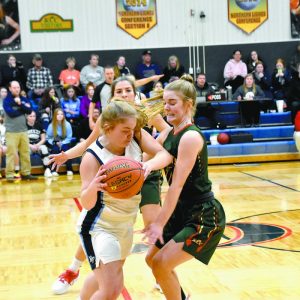 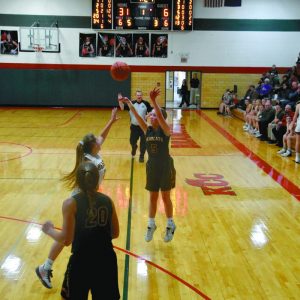