By Dylan Johnson
The Kittson County Central Bearcat hockey team started off the 2021-2022 season with two wins against the Ely Timberwolves over Thanksgiving weekend on Nov. 26 and 27.
Friday night, the Bearcats won 6-4 and on Saturday night, they won 8-4.
The Friday night game started off slow but started picking up speed in the second period because of a goal scored by Bearcats Tyler Hennen (unassisted) in the middle of the period. Ely scored 2 goals as well, and Izyk Strege finished off the period with a goal for the Bearcats, assisted by Hennen and Landon Sugden.
Rolling into the third period, the game had reached its full pace. Right into the third period, Ely scored a goal putting them up 3-2. Bearcats’ Carter Larson soon answered back with a goal assisted by Morgan Muir. Ely answered right after, with a goal by Deegan Richards, his second goal of the night.
The Bearcats kept pushing at the high pace and momentum the game had now turned to, and Hennen added 3 more goals in a row for the Bearcats. Those 3 goals were assisted by Hayden Olsonawski, Strege and Sugden.
The Bearcats earned their first win of the season, 6-4, over the Timberwolves.

Saturday night’s game continued at the pace that Friday’s game left off on. Ely and the Bearcats started off the game with goals going back and forth on both sides of the ice. Ely started off the scoring run, but Hennen responded with a goal assisted by Olsonawski. Then Ely responded with another unassisted goal right after to end the first period.
The second period kept rolling and the Bearcats started off with a goal by Sugden, assisted by Hennen and Strege. Hennen scored 2 more goals in the period and Sugden and Strege each added 1. Assists for the period go to Hennen, Larson, Olsonawski, Strege and Sugden. The second period ended with the Bearcats up 6-3.
The Timberwolves scored right away and the Bearcats finished off the game with 2 more goals scored by Strege and Sugden.
The Bearcats earned the second win of the season, 8-4, against the Ely Timberwolves. Bearcats goalie, Jameson Turner, had a total of 25 saves for the night. 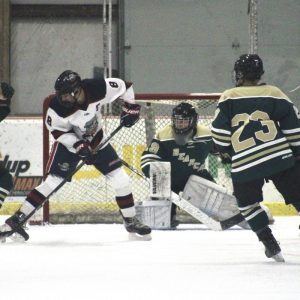 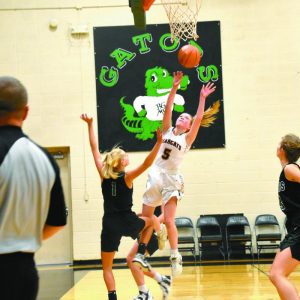 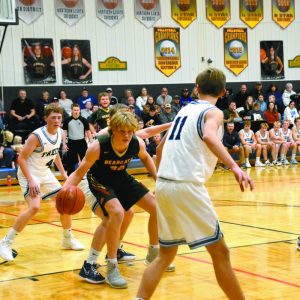 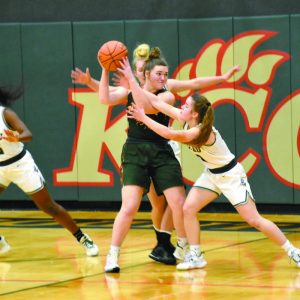 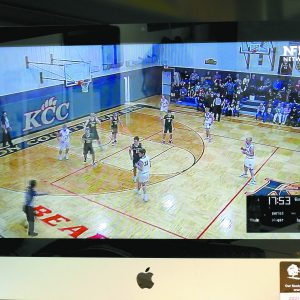