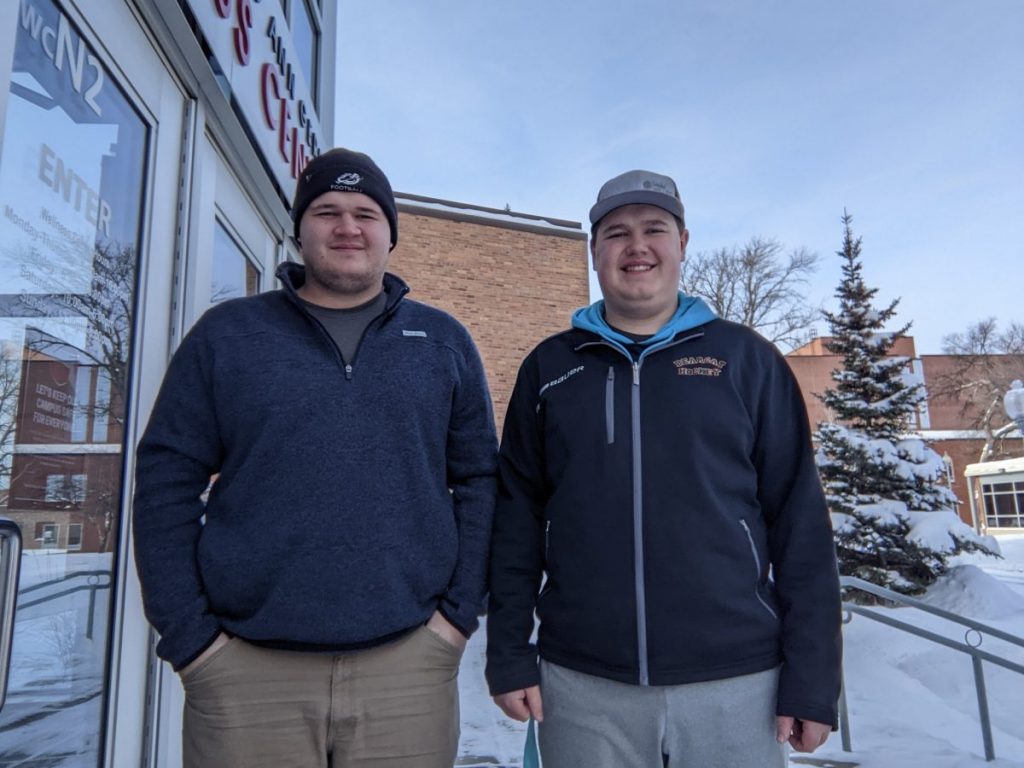 BRADLEY AND MATTHEW STEWART of Hallock are president and vice president of the League of Dragons Esports Club at Minnesota State University Moorhead. Their goal is to start scholarship opportunities for students to play for the club. Here, they are pictured outside the wellness center on MSUM campus. (Submitted photo)