By Anna Jauhola
Within the next month, the state will likely have an engineering consultant in place for the dam replacement project at Lake Bronson.
Jason Boyle, state dam safety engineer with the Minnesota Department of Natural Resources, said proposals were due Wednesday, Jan. 19 and his office is currently reviewing those received.
“We hope to have a contract in place with a consultant in about a month,” Boyle said Tuesday, Feb. 15.
Once an engineering consultant is hired, the design phase will begin. Although the consultant will design the dam and spillway, and oversee construction, Boyle said the DNR will work closely with them throughout the project. The design phase alone will take about a year, he added.
“Once we select a consultant and execute a contract with them, we can proceed with the design, and as part of the design process the engineer will come up with an updated estimate for the cost of construction,” Boyle said. “We will use the engineer’s estimate to determine if we have enough available funding to go out for bids for construction.”
In the 2020 state bonding bill, the Minnesota Legislature appropriated $20 million to replace the Lake Bronson dam. The structure has been the No. 1 deficient dam on the DNR’s list for years, but various obstacles prevented funding for replacement. The dam has been repaired on several occasions across the decades, including the placement of wells west of the spillway that helped relieve pressure from the structure.
The Lake Bronson dam was constructed in the mid-1930s through the Works Progress Administration (WPA). It was a tricky process as the ground dammed on the Two Rivers was much like quicksand. An engineer devised a clever plan of piping to remove water continuously from the surrounding soil and turn the sand hard as concrete. While this structure has held up for 85 years, its age is nearly unheard of and warrants replacement.
While the DNR reviews the proposals, they are also monitoring the spring flood outlook, Boyle said. Once they have chosen an engineering consultant, the DNR and that entity will visit the dam location to survey the situation, he added. They still need to complete environmental reviews and obtain several permits at the federal, state and local levels, and coordinate with the State Historic Preservation Office as the dam is on the National Historic Register.
“These processes will be started soon after hiring the consultant, as they require design details that are not yet developed,” Boyle said.
The funding for the project expires in less than three years. The DNR must have it obligated with the contractors before the end of 2024, but the work doesn’t have to be done by then. 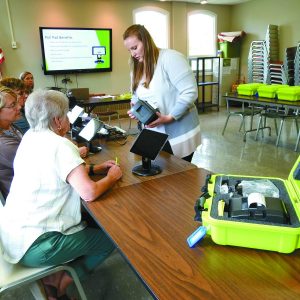 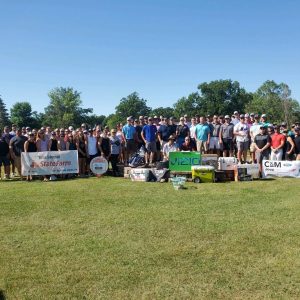