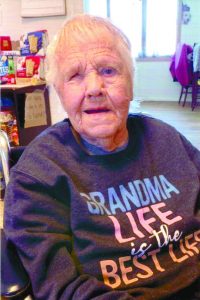 Irene Gudmundson, 90, of Kennedy, Minn., (formerly of Lake Bronson, Minn.), passed away peacefully early Wednesday morning, Oct. 7, 2022, at the Kittson Memorial Healthcare Center in Hallock, Minn.
Irene Daphne Perry was born on March 26, 1932, in Roseau, Minn., to Clarence and Florence (Johnston) Perry, where she grew up and attended the Agricultural College in Crookston, Minn., graduating in 1950.
Irene began working at Paige’s Cafe in Warroad, Minn., shortly after. She then met Romen Gudmundson and the two married on Nov. 28, 1957. They moved to Romen’s family farm outside of Lake Bronson, and started a family that would be blessed with two daughters and one son. Irene then worked for Kiene Farms in Kennedy. She also worked in the potato fields for Roger Bogestad. She would then move to Kennedy in 2016 to be closer to family.
She loved joking around with people and making them feel welcome. Her most passionate hobby, aside from bragging about grandchildren, was making faces at her friend, Craig McEnelly, and engaging in banter with him of a similar nature. Irene absolutely loved animals, especially horses, and will be dearly missed by her dog, Sandy. She loved watching sports, and made sure to tune in to as many Minnesota Twins games as humanly possible. She enjoyed making crafts, playing cards and putting puzzles together. Irene loved knowing that chocolate Ensure was the greatest drink on the planet, that French toast could be eaten at just about any time of the day or night, and that it just wasn’t an episode of Criminal Minds unless one Special Agent Derek Morgan graced the screen. She also made sure that anyone who visited her always left with some sort of cookie or treat.
Tremendous and heartfelt thanks go to the truly exceptional nurses at the Kittson Memorial Healthcare Center. In Irene’s short stint at the nursing home, they provided much more than simply nursing care for her, but also provided a wonderfully compassionate environment for her transition from this life to the next.
Irene is survived by her children, Roman (Leslie) Gudmundson of Lake Bronson, Robin (Mike) McEnelly of Kennedy, and Tammy Holter of Grand Forks, N.D.; grandchildren, Michael, Cammy, Romyn and Dylan; as well as many nieces and nephews.
She was preceded in death by her parents; husband, Romen; brother, Luverne Lyle Perry; and sister, Elaine Frutiger.
Memorial services are scheduled for Tuesday, Oct. 11, 2022 at 11 a.m. in the Austin Funeral Chapel, Hallock. Internment will be held in the Riverside Cemetery, Lake Bronson. Pastor Kathy Levenhagen, presiding. Galen Nordin, soloist.
Austin Funeral Chapel is in charge of arrangements. www.austinfuneralchapel.com. 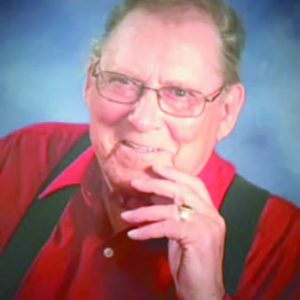