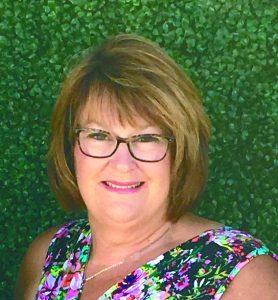 LuAnn Marie Hennum, 68, of Baudette, Minn., passed away Wednesday, Dec. 21, 2022, at her home surrounded by family after a courageous 30 year battle with breast cancer.
LuAnn was born in Minneapolis, Minn., on July 23, 1954, to Donald and Mary Lou (Peterson) Johnson. She was baptized in Minneapolis and confirmed at Red River Lutheran Church in rural Kennedy, Minn.
LuAnn graduated from Hallock High School in 1972. She attended Moorhead State University for one year. On April 6, 1974, LuAnn married Jerry Hennum at Red River Lutheran Church. They were blessed with three children – Jaclyn, Greggory and Christopher.
LuAnn was a very kind-hearted, generous and talented person. She dedicated herself wholeheartedly to everything she did despite any obstacles put in her way. She was an incredible daughter, sister, wife, mother, aunt, grandmother, friend and mentor who will be missed dearly.
She grew up on a family farm, worked at Hallock Elementary School, summer migrant school and as a homemaker until she and Jerry bought their first resort on Oak Island in 1985, which started her 37-year career as a resort owner. After selling Angle Inn Lodge, she and Jerry went on to also own and operate Sportsman’s Lodge and Sportsman’s Eagle Ridge for many years along with various other businesses. She also worked at Lake of the Woods School for a while as a teacher’s aid. At the time of her death, she was one of the owners of Sportsman’s Oak Island Lodge and Angle Inn Lodge.
LuAnn was an extraordinary cook and business partner to Jerry. She was often referred to by many employees as their second mom.
Her family meant the world to her and she was an amazing mother and grandmother. She loved traveling with her girlfriends, family and friends venturing to many places all over the world, crafting, cooking, and spending winters at one of her and Jerry’s favorite places, Venice, Fla. She was a woman of strong faith and lived by the motto “Choose Joy.” She enjoyed helping others, especially youth.
LuAnn was a member of Wabanica Lutheran Church in Baudette and a past member of the Red River Lutheran Church.
LuAnn is survived by her children; daughter, Jaclyn LaValla (fiancé Kevin Peters); son, Greggory (Diana) Hennum; son Christopher (Melissa) Hennum; mother, Mary Lou Johnson; brothers, Darrel (Jodi) Johnson and Peter (Polly) Johnson; sisters, Kathi Turner and Sue (Joe) Francis; sister-in-law, Patti (Charles) Swanson; grandchildren, Cadence, Garrett, Wyatt, Estella, Avery, Maddie, Haleigh; and many nieces and nephews.
She was preceded in death by: her husband, Jerry Hennum; father, Donald Johnson; father- and mother-in-law, Gerald and Lila Hennum; and brother-in-law, Kim Turner.
A memorial service for LuAnn was held at First Lutheran Church in Baudette on Monday, Jan. 9, 2023 at 11 a.m. with a visitation an hour prior. A visitation was also held the night before at Wabanica Lutheran Church in Baudette Sunday, Jan. 8, from 6-8 p.m. with a prayer service at 7:30 p.m.
If you wish, memorials can be sent to Border Bank, P.O. Box 1089 Baudette, MN 56623 made out to the The LuAnn Hennum Memorial Fund or sent to any cause close to your heart. Funds for the LuAnn Hennum Memorial Fund will be used for Youth Outreach and a Culinary Scholarship, a few of LuAnn’s passions.