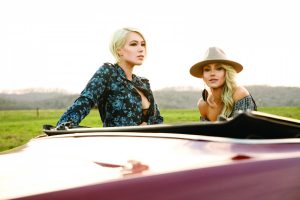 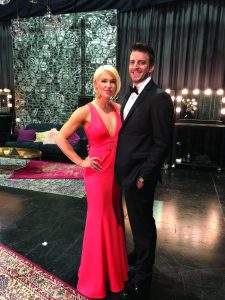 (Above Left) Ashlee Hewitt (left) and Whitney Duncan formed their musical group “Post Monroe”. They will be performing in Thief River Falls at RiverFest Saturday, Aug. 4, 7 p.m.   (Above Right )- Ashlee Hewitt and Jordan Coon, whom Ashlee chose on the reality television show, The Proposal. The Proposal is on ABC on Monday nights at 9 p.m. You can see past shows at https://abc.go. com/shows/the-proposal.             (Photos Submitted)