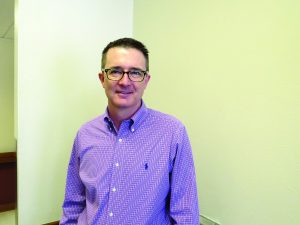 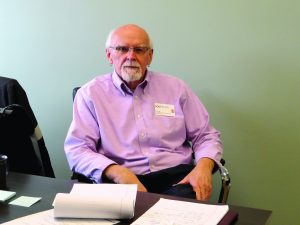 By Anna Jauhola
Hallock’s hospital facility recently hired an interim chief executive officer and a new full-time physician.
Everett Butler, who has served as CEO at hospitals in Warren, Minn., Grafton, N.D., and Cavalier, N.D., started a six-month term at Kittson Healthcare on Jan. 14, said Richard Mortenson, chair of the hospital board.
The hospital board made the decision to hire Butler during its Jan. 10 meeting, said Bob Jaszczak, board treasurer. Butler will be handling CEO duties during his tenure and assist the board in its search for a long-term CEO, Jaszczak added.
Dr. Ashley Rivera, who took a leave from his position as CEO in December, is still available for consultation, Mortenson said.
A press release from the hospital board of directors states Butler’s experience in managing people, facilities and critical access hospitals will benefit each department at Kittson Healthcare.
Butler has been in healthcare for the last 53 years. He started out as a lab and X-ray technician in Wishek, N.D. Through an administrative training program, he entered CEO positions over the last 43 years, all in rural communities. He recently retired and lives in Grafton but agreed to help in Hallock in an interim position. As he has toured the Hallock facility and spoken with employees at all levels, he has found one aspect that stands out above all others.
“The quality of people they have working here is great,” he said. “I have had excellent cooperation from staff and managers. I just think the community is very fortunate to have the … depth of quality in this facility.”
Butler said as he gets the feel for the facility, the board of directors and staff, it’ll probably take a few months to formalize a list of recommendations for the board of directors.
“It’ll take some time to fully understand the inner workings of the organization,” he said.
Although it can be difficult to recruit any professional to such a rural area, Butler is hopeful the board can attract the right person with a passion for rural critical access care facilities.
“I’m happy to be able to help out and I’m happy to be here,” he said. “The staff has just been fantastic.”
Jaszczak said a new physician, briefly discussed during the annual meeting, has also started at Kittson Healthcare. Dr. Kevin M. Coonan has a long-term contract with the facility, has rented a home in Hallock and has started seeing patients at the Kittson Healthcare Clinic, Jaszczak said.
Coonan most recently was an attending physician at Twin Cities Medical Clinic Urgent Care in Minneapolis. Prior to that, he was an emergency room physician in Park Rapids, Minn.
Coonan said Monday he is fully enrolled and credentialed with insurance companies, which is always the biggest barrier prior to practicing at a new facility. He is awaiting final word from Medicare, which can take 90 days, but is still seeing patients.
A bulk of Coonan’s career was spent in medical informatics, and he hopes he can help Kittson Healthcare work to optimize its current electronic medical records system.
“We have an electronic health records system here that’s far from perfect,” he said. “This is a chance for me to bring that expertise here and see what I can do with it. I got out of informatics because I was frustrated with the lack of progress in the field and wanted to get back to seeing patients.”
Coonan said the rural critical access setting appealed to him for the challenge it presented, such as Kittson Healthcare only having access to an ultrasound machine every two weeks. When a patient needs an ultrasound and the machine is unavailable, they must transfer that patient to another facility.
“I bring a different perspective. I’m the new guy so I have a lot of different experiences, and I hope to use those to try to improve or enhance patient care,” he said.
Dr. James Surdy is still head physician at the facility, but he is only there 11 days a month. Coonan will be on staff full time, Jaszczak said.
Board members
After the annual hospital stockholders meeting in November, two members resigned from the hospital board – Marlene Pearson and Charlie Bernstrom. At its Jan. 21 meeting, the hospital board approved placing Hugh Hunt, of Hallock, as a new board member.
Mortenson said the board is still seeking a seventh person to round out the board, and hopes that member will come from the Karlstad region.
According to board bylaws, the board must have at least seven members and no more than nine. Current board members are Mortenson, Jaszczak, Janelle Craigmile, Sandy Wilson and Dr. Roland Larter.
Public Concerns
The well-attended annual stockholders meeting in November brought to light several simmering public concerns, including whether all of the top management was necessary and if the facility is financially stable.
In recent weeks, Kittson Healthcare has been advertising for a new chief financial officer and chief human resources officer. At the annual meeting, many questioned whether these and other management positions were necessary and worth the seemingly exorbitant amounts of money being spent on salaries.
“An organization of our size is going to need both positions,” Mortenson said in reference to the currently advertised management openings. “Both positions are integral and needed in an organization of this size.”
He likened the positions to a hospital needing a doctor.
“You just need certain positions,” he added.
The management structure also came into question at the annual meeting and Mortenson said the hospital board will be discussing the facility’s employment structure at future meetings.
When asked whether Kittson Healthcare is in financial trouble, Mortenson said, “We are, at this time, without question, being able to meet our financial obligations.” He added that the board is not worried about the facility’s financial future.