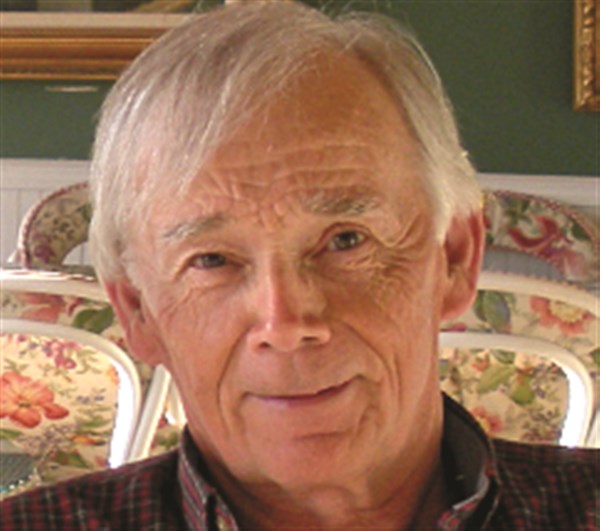 David George Brown, 72, East Peoria, Ill. passed away peacefully surrounded by his loving family Saturday, January 16, 2016 at Unity Point-Methodist, Peoria, Ill.
He was born in Humboldt, Minn., July 2, 1943 to Donald and Marian (Niemela) Brown.
Dave grew up in Humboldt and graduated from the University of North Dakota in May of 1965 earning a Bachelor’s degree in Mechanical Engineering. He moved to Peoria shortly after graduation to embark upon his 37 year career with Caterpillar, retiring in 2002. Dave worked in field research and vehicle structures.
Dave is survived by his wife and best friend, Inge. Dave and Inge were married in Peoria on June 18, 1977. Dave and Inge have been long time members of the IVY Club where they enjoyed sailing and spending time with friends. They both enjoyed vacations at the family’s cabin on Lake Vermillion, Tower, Minn. Dave enjoyed golf and other outdoor activities throughout his life. He was an avid Minnesota Vikings fan as well as a supporter of the University of North Dakota Fighting Sioux and the University of Minnesota Golden Gophers.
Dave has two surviving children, Heidi (Dr. Donald) Brown-Mitzelfelt, Peoria;  and Eric (Pamela) Brown, Virginia, Minn.; along with five surviving grandchildren, Adam, Melissa, and Morgan Stockman and Cameron and Clayton Brown. Dave was extremely proud of his children and grandchildren’s many accomplishments. Also surviving are his brothers John (Marguerite) Brown, Chatsworth, Calif. and Tom (Linda) Brown, Eden Prairie, Minn., as well as numerous nieces and nephews.
Cremation Rites have been accorded.  A celebration of David’s life will be held at a later date.  In lieu of flowers, memorials may be given to the American Heart Association or the IVY Boating Foundation, a non-profit organization committed to educating safe boating.  Online condolences at masonfuneralhomes.com.