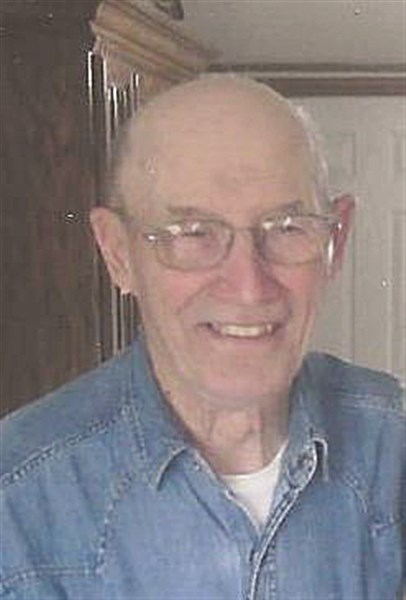 Lloyd A. Farbo, 96, a lifelong Lancaster, Minn., farmer passed away at Karlstad Healthcare Center, Karlstad, Minn., Friday, April 29, 2016.
Lloyd was born December 18, 1919 to Andrew and Anna (Lorentsen) Farbo on the family farm in Caribou Township of Kittson County.  He was the last of 12 children born to Andrew and Anna to pass away.  Lloyd grew up on the family farm and attended country schools.
In 1939 he was united in marriage to Dorothy Oakes.  She passed away in 1943.  Lloyd farmed in McKinley Township and on October 18, 1957 was united in marriage to Harriet Norland.  The couple farmed until their retirement in 1997 and moved into Lancaster.  Harriet passed away on October 9, 2004.  Lloyd was a member of Sion Lutheran Church, Lancaster.
Family members include a son, Forrest (Vicki) Farbo, Byron, Ill.; daughters, Shirley Nordine, Concord, Calif. and Cheryl King, Pacifica, Calif.; seven grandchildren and several great and great-great grandchildren.  He was preceded in death  by his 11 siblings.
Funeral services were held Thursday, May 5, 2016 at 2 p.m. in Sion Lutheran Church.  Interment was in Riverview Memorial Gar-den Cemetery, Lancaster. Rev. Melodi Hagen, presiding; Jacki Przek was, organist with special music by Erik Finney and Galen Nordin. Casket bearers were Lloyd’s grandchildren.   Visitation was held at Austin Funeral Chapel, Hallock, Minn. Wednesday evening, May 4, from 6 to 8 p.m. with a prayer service at 7 p.m.