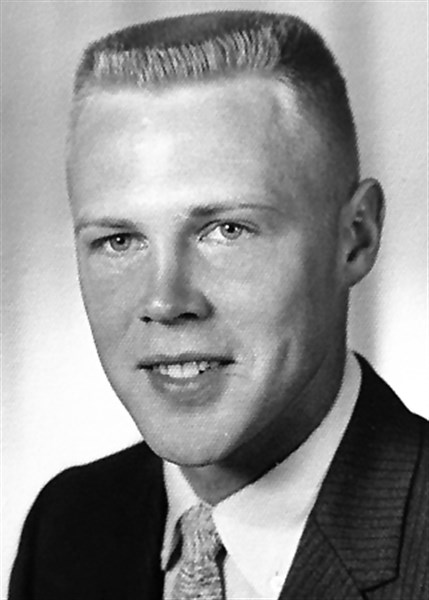 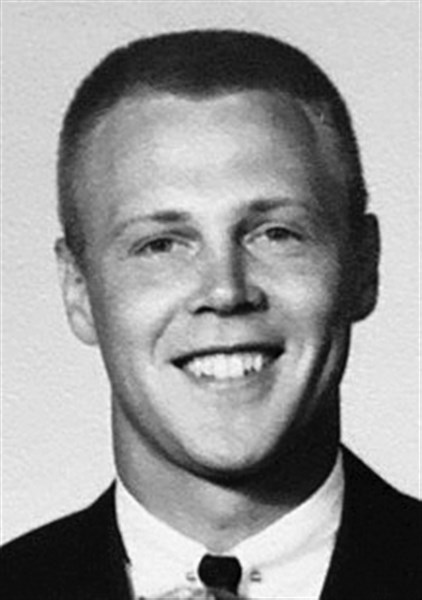 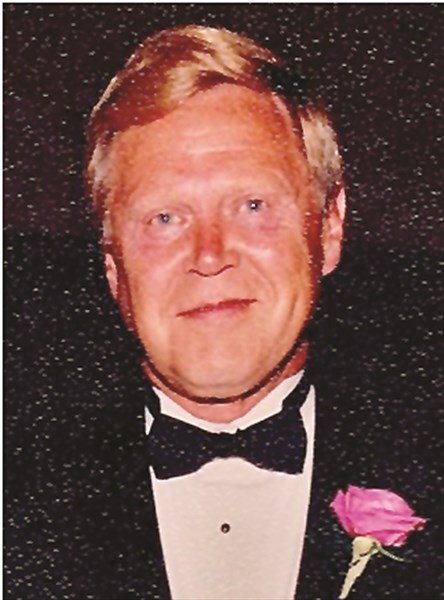 Tom Mortenson, Lewes, Del. and Kennedy,  Minn., beloved husband, adored father and fun grandfather, charming friend to all, jokester, honest hard worker, lover of God and Jesus, and international medical device marketer, inventor, and salesman, was called home to rest October 23, 2015.
Tom was born December 18, 1934 in Hallock, Minn., and grew up with his sister Judy Mortenson Gilmer Beach on his father Theodore (Ted) William Mortenson and mother Esther (Hanson)’s farm in Kennedy. Tom was an all-around star athlete playing basketball and football for Kennedy High School and singing in the choir at the Red River Church,  Kennedy. He went on to be President of his Lambda Chi Alpha fraternity at the University of North Dakota, graduating in 1956 but staying two more years to work on an MBA and woo his wife, Alice L. Girdvain, who he was married to for 57 years.
In between winning every sales award that multinational medical device, pharmaceutical, and consumer products manufacturer Johnson and Johnson offered while servicing every hospital in the Grand Rapids and Detroit areas, he and Alice had two daughters, Kim Marie Mortenson Zimmerman, and Laura Dee Mortenson Pavlides.
He was promoted quickly up the ranks, becoming Sales Trainer, Assistant Director, and a Product Director of most of their product lines, improving dressings, pharmacy packaging, sales, and distribution. He co-invented, marketed, (and as handsome as he was, even served as a print model for magazine ads!) and promoted improved medical products and systems too numerous to count, even working with doctors from Columbia University in New York City in the mid-80s on the then-novel idea of antimicrobial-infused gloves and implantable devices.
He worked for giants of the burgeoning medical industry both domestically then internationally, including C.R. Bard, MacBick, Daltex, Arrow International, W.L. Gore, BacData, and United Medical. He ended his long career with over a decade at the ConMed Corporation in upstate New York as head of their new Laparoscopic Surgery Division, where he helped design and then launch their multifunctional surgical instruments in over 28 countries, traveling to teach doctors all over the world how to use them.
He was a guest lecturer at the American Medical Association, and various marketing and medical conventions, and always up for late night singing sessions at the piano bar. He played the banjo well enough to annoy his teenage daughters, was on the board and president at their swim club in Berkeley Heights, N.J., and enjoyed gardening, woodworking, volleyball, dancing, reading (especially Swedish Viking lore, World War II history and politics), golf, waterskiing, biking, taking long walks, and fixing and learning about cars.
Tom was most proud of his farming roots and the community of Northwest-ern Minnesota – Kennedy and Hallock, that molded him. He came back to visit with his cousins and high school friends often.
He doted on his family, wife, kids, and grandkids, including Thomas W. Zimmerman, Jenna McKay Zimmerman, John Thomas Pavlides, Christopher Matthew Pavlides, and his son-in-law Matthew J. Pavlides, all of Calif., Del., S.C., and Md.; along with his future son-in-law Robert Grant, and daughter-in-law Emily Gibson. We miss most his smile, laugh, teasing, and caring manner in everything he did.
Although a service was held in late October in Lewes, a separate celebration of Tom’s life will be held at Red River Church, Kennedy, Saturday, June 11, 2016.
Visitation welcomed both before and at the coffee hour following the 2 pm service where Tom’s sister Judy and his grandson John will sing, with Pastor Frank Johnson presiding, and Austin Funeral Chapel, Hallock in charge of arrangements.
Bring your memories, photos, and stories!
In lieu of flowers, send any donation to the Red River Church in Tom’s name.