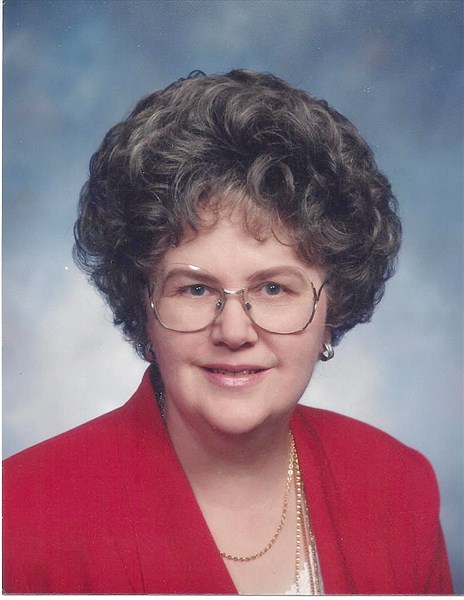 Marlys Ann Elfstrom, 82, Lancaster, Minn., died at the Altru Hospital, Grand Forks, N.D., Friday, June 10, 2016.
Marlys was born in Poppleton Township near Lancaster, on March 18, 1934. She was the youngest daughter of Paul and Anna (Glad) Elfstrom.
Marlys spent her childhood on the family farm.  She grew up loving all domesticated animals, but especially dogs and cats.  She trained all of her dogs and taught them many kinds of amusing tricks.    Her father built her a play sleigh, which was a miniature version of a horse drawn sleigh, and on this play sleigh she trained her pet dog to pull it like a horse and hauled wood for the kitchen stove.  She also owned a thoroughbred Tennessee Walker horse named “Koco” and her last dog was a purebred Cocker-Spaniel named “Blondie”.
Marlys attended the Excelsior rural school in Poppleton Township until the age of 14.  Her mother died that year and she moved in to live with her sister and brother-in-law, Idie and George Cory. She attended Lancaster High School and graduated in 1952.
In 1954, Marlys began working as a sub-clerk at the Lancaster Post Office and was promoted to Postal Clerk that same year.  She worked hard and saved money and in 1963, she bought her first brand new Ford Galaxie sedan car, light blue with a light beige top!  Marlys, Idie and George took that car on many trips touring through North Dakota, South Dakota and Iowa.  Marlys loved to take pictures.  She invested in good cameras and took hundreds of colored photos and slides. Besides travelling, Marlys also enjoyed dress making and oil painting.  Other favorite pastimes included genealogy, camping, baking, having family picnics and spending time at the cabin that her Father had built in McKinley.
In 2001, Marlys retired from the Lancaster Post Office after 47 years of service.  She became the primary caregiver for Idie and George, and after their deaths, she continued to live on the Idie and George Cory farm until transitioning into the Kittson Memorial Healthcare Center, Hallock, Minn., in 2010.
Marlys is preceded in death by her parents, Paul and Annie; her two sisters, Idie Cory and Hildur Nelson; her five brothers, Willard, Harris, Samuel, Everet and Floyd; and one nephew, Sidney Nelson.
She is survived by 16 nieces and nephews, Lois Pankratz, Corliss Erickson, Iris Shoemaker, Ember Kapitan, Angie Elfstrom, Paulette Rustad, Jimmy Elfstrom, Roger Elfstrom, Debra Groves, Gerald Nelson, Geraine Maksymchuk, Darrel Nelson, Douglas Elfstrom, Cindy Boroski, Milo Elfstrom, and Paul Elfstrom.
Funeral services were held Saturday, June 18, 2016 at 2 p.m. in Lancaster Covenant Church. Visitation was held at the church for one hour prior to the service. Interment was in Riverview Memorial Garden Cemetery. Rev. Galen Nordin and Rev. Mel Erickson, presiding; Van and Magdalyn Pankratz, Faye Potrament, Julie and Galen Nordin provided special music.
Casket bearers were Doug Elfstrom, Darrell Nelson, Jimmy Elfstrom, Van Pankratz, Roger Elfstrom and Jerry Groves.
Austin Funeral Chapel, Hallock, was in charge of the arrangments.