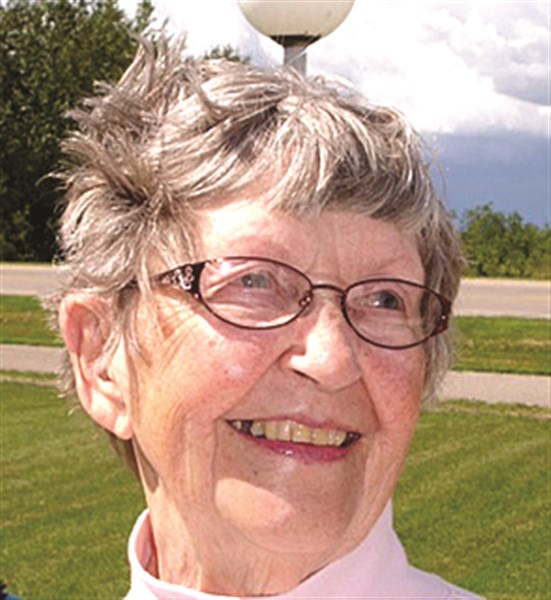 Grace Irene Haugeland Danielson was born August 4, 1922 at Karlstad, Minn. She was one of five children born to Martin and Tilly Haugeland.
Following her graduation from the Karlstad High School she lived and worked for a time in Minneapolis, Minn.
On December 30, 1943 Grace married Guy Danielson. Following Guy’s service in the Air Force, they made their home in Lake Bronson where they raised their four children. They were involved in many community activities. They owned and operated the Danielson Garage and the Gambles Store.
Grace was always thoughtful of others and compassionate towards those she considered the “underdog”. She could light up a room with her great smile. She was witty and had a unique sense of humor.
Grace was a resident of the Karlstad Nursing Home at the time of her death. She enjoyed playing bingo and decorating her room.
Grace is survived by one sister, four children, five grandchildren, seven great grandchildren, and 10 great great grandchildren.
Funeral services are scheduled for Friday, Sept. 2, 2016, at 10 a.m. in Austin Funeral Chapel at Hallock.  Visitation will be held for one hour prior  to the service. Interment will be in Riverside Cemetery, Lake Bronson, Minn.