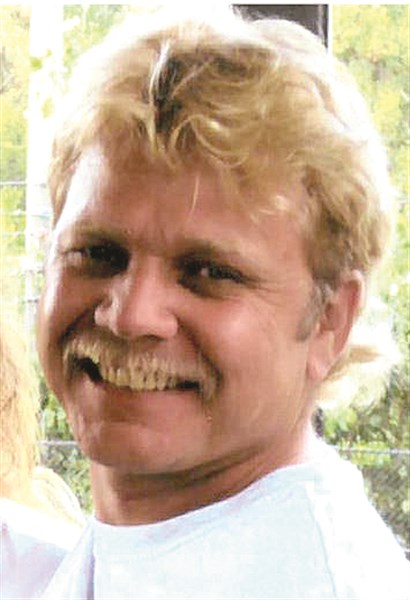 Scott Thompson, 54, Thief River Falls, Minn., and formerly of Lake Bronson, Minn., died Thursday, Oct. 6, 2016 at his residence surrounded by his loving family.
Scott Ronald Thompson was born on April 14, 1962 at Hallock, Minn., the son of Sharon Thompson. He was baptized in the hospital shortly after birth and confirmed at Zion Lutheran Church, Lake Bronson. He graduated from Karlstad High School in 1980.
Shortly after graduation Scott moved to southern California. He worked at John Deere. It was in California, that he met and married his first wife Debbie. Together they lived in California, Hallock and Thief River Falls.
In Hallock, Scott worked as an auto mechanic for C&M Ford until he opened Scott’s Auto Repair, until moving to Thief River Falls.
In Thief River Falls, Scott worked at Westside Motors and TRF Ford as an auto mechanic. He worked at Arctic Cat as a Service Rep in the Engineering Department and Speed’s Auto Repair, until he opened 2 Guys Garage. He sold out his share of the business to open Thompson Automotive in 2010, which he operated until his diagnosis with lung cancer, June of 2015.
On Sept. 5, 2009, Scott married the love of his life, Judy Bren at an outdoor ceremony at Oakland Park, Thief River Falls. With this union he was given three adult children that he said “were the children he never had”.
Scott had a passion for classic cars which he brought into his business. He was a member of the Street Wizards Car Club. He enjoyed road trips in his 1992 Firebird, camping, hanging out in the garage and sitting on the swing in the back yard having cocktails with his wife and two dogs, Ursula and Treah. He enjoyed giving advice to his children and grandchildren.
Survivors include his loving wife, Judy; step-children, Benjamin (Brittney Stengrim) Bren, Jonah (Kelly Comstock) Bren and Lacey (Mike Comstock) Bren of Thief River Falls; grandchildren, Emily, Ivan, Olivia, and Axel; his parents, Sharon and Roger Thompson, Lake Bronson; grandmother, Melba Benson, Lake Bronson; siblings, Jennifer (Daryl) Klegstad, Halma, Minn., and Matthew (Melissa) Thompson, Karlstad; half-brother, Chris (Stacey) Willadson, Texas; his faithful companion, Ursula; nieces and nephews, Madison, McKenzie, Keaton, Jaxon and Eli; and many other relatives, friends and many sisters-in-law and brothers-in-law.
He is preceded in death by his grandparents, Ray Anderberg and Pete and Alice Thompson and several aunts and uncles.
Funeral services to celebrate Scott’s life will be held Thursday, Oct. 13, 2016. 11 a.m., at Zion Lutheran Church, Lake Bronson with Pastor Kathy Levenhagen officiating. Burial will be at the Riverside Cemetery in Lake Bronson.
Visitation will be held from 5 to 8 p.m.with a 7 p.m. prayer Wednesday, Oct. 12, 2016 at Johnson Funeral Service, Thief River Falls. Visitation will also be held one hour prior to the funeral on Thursday at Zion Lutheran Church.
Condolences may be sent at www.johnsonfuneralservice.com.