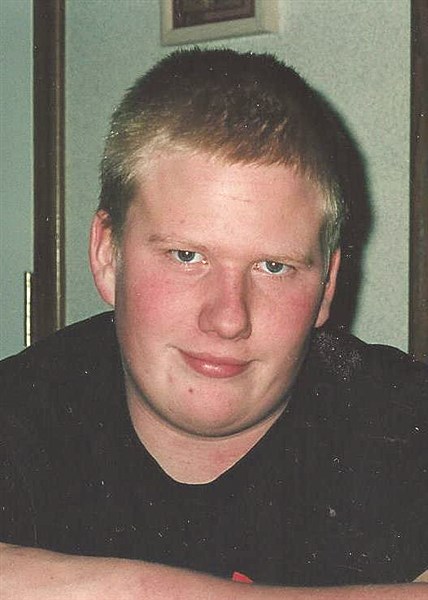 Samuel Glen Lundberg, 31, Kennedy, Minn.,  passed away while on vacation in Tualatin, Ore.,  Monday, Nov. 28, 2016 of natural causes.
Sam was born Aug. 9, 1985 to Glen and Mary Lundberg in Grand Forks, N.D. He joined his two sisters and lived in rural Kennedy all his life. He attended school in Kennedy/Hallock school district and graduated in 2004. While in school he enjoyed many years of hockey, both park board and varsity.
Sam worked many jobs before committing fully to farming. He worked on Oak Island for several summers, did carpentry work and worked as a meat cutter with Ed Lehrke. All skills that served him well in life and helped others. Sam was a friend to many, and many were his friends. He was a good son and a well loved brother. When there was work to do, he knew how to get his hands dirty and get the work done, and always with his special smile and quick wit. When horses need a fence, he was there. When hay need to be loaded, he was there 24/7 and when the chickens needed a coop, he gave up his fish house in exchange for eggs.
Family members include his parents, Glen and Mary (Kunze) Lundberg, Kennedy; sisters, Sarah (Bryn) Nelson, Thief River Falls, Minn., and Jessie Lundberg (Brian Williams), Thief River Falls; grandfathers, Roger Lundberg, Hallock, Minn., and Roland Kunze, Cloquet, Minn.; uncles, Dan (Nancy) Lundberg, Kennedy; Tom (Marylou) Lundberg, Roseville, Minn; and Mike (Joan) Kunze, Cloquet; aunts, Kathleen (Francis) Lightly, Destin, Fla.; Jane (Patrick) LaValla, Baudette, Minn.; Ellen Kay Lundberg, Kennedy and Barbara (Randy) Reed, Kennewick, Wash.; nieces and nephews, Daphne, Axel, Enzo and Penelope; 16 cousins; and his two faithful dogs, Rolly and Sherman.
He was preceded in death by his grandmothers, Iris Kunze and Clarice Lundberg; and an aunt, Kathleen Kunze.
Memorial services were held Saturday, Dec. 3, 2016 at 10:30 a.m. in Red River Lutheran Church, rural Kennedy. Interment was in the church cemetery. Rev. Frank Johnson, presided; Andrew Carlson, memories; Renee Wahl, organist and Galen Nordin, soloist. Honorary casket bearers were, Soren Bostad, Bobby Anderson, Trevor Snare, Nick Malm, Evan Nordine, Andrew Carlson, Bradley Waller and Danny Thorlacius. Visitation was held at Austin Funeral Chapel in Hallock on Friday evening from 6 to 8 p.m. with a prayer service at 7 p.m.
Austin Funeral Chapel, Hallock, was in charge of the arrangements.