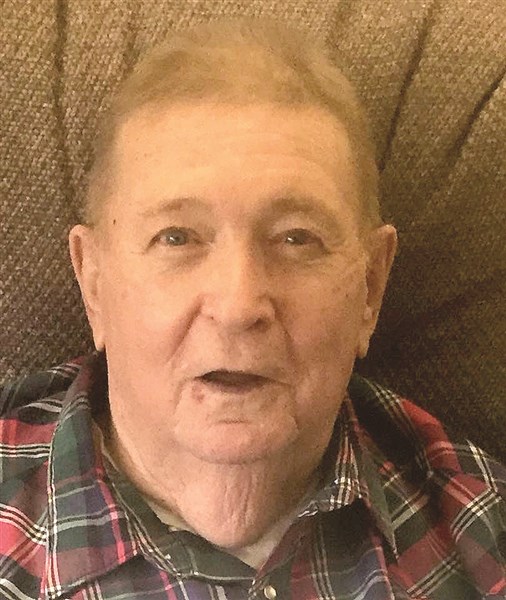 Lawrence “George” Schulte, 78 Hallock Minn., passed away Jan. 6, 2017 at the Pembina County Memorial Hospital, Cavalier, N.D.
George was born June 26, 1938 to Lawrence and Mamie (Cleem) Schulte. He grew up in the Hallock area and graduated from Hallock High School in 1957. In high school he liked sports and played football and hockey. He married his high school sweetheart, Phyllis Peterson and they have been married for almost 62 years.
George worked for 32 years for Midwestern Gas. In 1985, he moved his family to Potamac, Ill. He retired in 1997 and moved back to the area in 2004. Throughout his life he enjoyed farm work, helping Charlie Anderson for many years and even found farm work in Illinois during his retirement. He was an avid NASCAR fan, and got the chance to attend the Brickyard 400 in Indianapolis. He got to be quite the crafter, making fun gifts that he shared with many. Everyone will remember the twinkle in his eye and his great sense of fun.
Family members include his wife Phyllis, his daughters Bobbi Jo (Rod) Yeager, New York, N.Y., Tammy (Kevin) Westerson, Buckeye, Ariz., sons Tim (Jacquie), Cavalier, N.D., and Kelly, Phoenix, Ariz.; grandchildren, Michelle (Dave) Snelling, Jason Cote (Crystal), Joline Yeager, Taylor Schulte and Toree Schulte; five great grandchildren; and a sister, Shirley (Milner) Sugden, Hallock.
He was preceded in death by his parents and his brother Ben Schulte.
Funeral services will be held Thursday Jan. 12, 2017 at Trinity Lutheran Church, Hallock at 11 a.m.
A celebration of George’s life will be held Wednesday Jan. 11, 2017 at Austin Funeral Chapel, Hallock, from 4 to 6 p.m. There will be a prayer and the opportunity to share memories starting at 5 p.m.