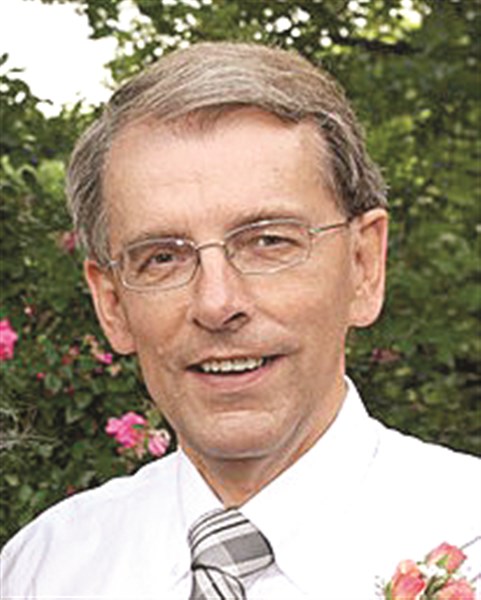 Randy Reese, 66, was born Feb. 20, 1950, and adopted by Howard and Reta (Turner) Reese, Humboldt, Minn., in 1952. After growing up on the family farm, he attended the University of North Dakota, Grand Forks, N.D., graduating in 1972 with a degree in education. After teaching for two years, he began a 40 year career as ‘the 401K guy’, retiring on Dec. 30, 2016.
On Dec. 7, 1974, he married Gloria Boettcher. Together they raised four sons in Eden Prairie, Minn. He acquired his favorite title, Grampie, when the first of his five beloved grandchildren was born in 2010.
He died Jan. 1, 2017, from complications of amyloidosis.
He was preceded in death by his parents and his adopted sister, Vanessa Reese. He is survived by his wife, Gloria; sons, Nate, St. Petersburg, Fla.; Donovan, Phoenix, Ariz., Corey (Erin), Rogers, Minn., Brendon (Katie) , Mayer, Minn.; and grandchildren, Makenzie, Macie, Zoie, Kennedi, and Jonah.
Services were held  Jan. 7, 2017, with visitation beginning at 9 a.m., followed by the service at 11 a.m. at the Eisenhower Community Center, Hopkins, Minn.. Interment will be at Isanti Union Cemetery. Memorials may be made to Ridgeview Hospice.
Arrangements with Bradshaw Funeral and Cremation Services, Minneapolis, Minn.