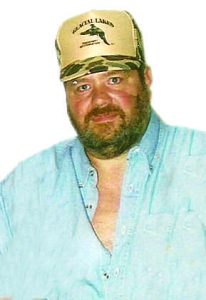 Daniel Flint, 64, Hutchinson, Minn., passed away at Abbot Hospital, Minneapolis, Minn., Saturday, June 10, 2017.
Daniel O’Neil Flint was born August 30, 1952 at Karlstad, Minn., to LeRoy and Joyce (Skold) Flint. He grew up in Lake Bronson, Minn., except for two years spent in Saukville, Wis. He was a 1970 graduate of Karlstad High School.  Served in the US Navy from December 1970 to September 1972. He then lived and worked in Blaine, Minn. for a short time before moving to Thief River Falls, Minn.
In 1973 he married LaDonna Hendrickson moving to Cheboygan and Flint, Mich., for a couple of years. In 1981 he moved to Buffalo, Minn., for a couple of years before moving to Hutchinson where he lived until his death.
Through the years he did construction, dry wall work, farm labor, factory work and his last job was for New Dimension Plating until he was unable to work any longer. He loved the outdoors and spent much of his free time hunting and fishing.
He is survived by three daughters, Anna Flint, Hutchinson; Michelle (Allen) Jaspers, Webster, S.D.; Danyelle Flint (Jeremy Hogan) Warroad, Minn.; eight grandchildren, Aleshia, Dakota, Hunter, Skylar, Ruger, Destiny, Alora and Jax; brother David (Tonya) Flint, Las Vegas, Nev.; three sisters, Cathy Englund, Judy (Roger) Davis and Rita Flint all of Lake Bronson; as well as nieces, nephews and cousins.
He was preceded in death by his parents, brother Roger Flint and brother-in-law Richard Englund.
A memorial service will be held Saturday, July 1, 2017, 2 p.m. at Community Covenant Church, Lake Bronson.