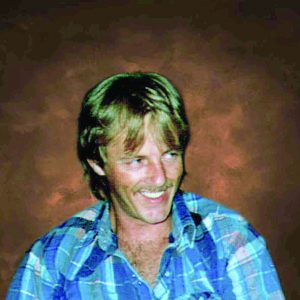 Kim Larson, 56, Warren, Minn., passed away unexpectedly in his home due to health complications Friday, July 21, 2017.
Kim Jay Larson was born June 17, 1961, in Grafton, N.D. to Robert and Adeline (Olson) Larson. He grew up in St. John, Wash., a suburb of Spokane, before returning to Donaldson, Minn., where he attended high school. Before he was able to graduate, Kim left school to work and to enter the U.S. Army Reserve, where he would get his GED and serve his country until July 15, 1980. After his honorable discharge, Kim made his home in Thief River Falls, Minn., and worked for Arctic Cat.
Kim was married to Sharri Ann Buchner and the couple had three sons together. The two would later divorce, and Kim lived in several towns in rural Minnesota before returning to Warren. Before his turn in health disabled him, he worked for Ryan Potatoes and America Crystal Sugar.
Kim was a fine carpenter and enjoyed working on all sorts of home repair and remodel projects. He enjoyed fishing, spending many hours out on lakes, and he loved to hunt with his brothers and sons. Kim even managed to go out hunting this last deer season despite his health issues; though his excitement got the best of him and he scared away a prize buck by leaping out of his vehicle after it.
He will be greatly missed by his sons, Jaden, Jorden, and Jared Larson, all of Warren; daughter, Amber, of Thief River Falls; his former spouse, Sharrie Paulson, Thief River Falls; his siblings. Sharon DeMar, Donna (Tom) Odegard, James Larson, Eric Larson, and Greg (Sheila) Larson; and many nieces and nephews.
He was preceded in death by his parents; siblings, Rick and Arlene Larson, and Shelly Swanson; and brother-in-law, Glen DeMar.
Funeral service were held Friday, July 28, 2017, 2 p.m., in DuBore Funeral Home Chapel, Warren. Visitations was held one hour prior to services. Interment was in St. Olaf Cemetery, Donaldson.
Online guestbook available at www.DuBore FuneralHome.com