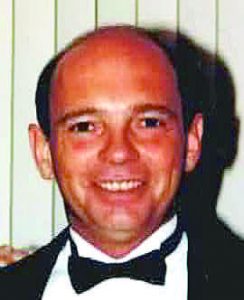 Keith S. “Kip” Clow, 69, passed away peacefully with family at his side Sunday, Aug. 13, 2017 at Sanford Hospital palliative care unit in Fargo, N.D.
Kip was born Jan. 22, 1948 to Sheldon “Buzz” and Florence “Flossie” Clow in Crookston, Minn. He spent his earlier years on the family farm in Orleans, Minn. He graduated from Lancaster High School in 1966.
Interested in aviation, he attended and graduated from Northland Community Technical College, Thief River Falls, Minn., with a certification as an A & P aircraft mechanic.
His career in the airline industry spanned many decades beginning with TWA at O’Hare airport. Kip was instrumental in starting Midway Airlines, Chicago, Ill. He left Midway to work at Braniff, Orlando, Fla., and eventually became Vice-President of Maintenance for Mesaba Airlines in Minnesota. He remained with Mesaba until 1994 when he retired and moved to Park Rapids, Minn.
From 1996 until 2006, Kip and his wife Maryrose “Jake” owned and operated Clow’s Nest on Main in Park Rapids. From 2006 – 2008 Kip came out of retirement and became a consultant for up-and-coming airlines across the world.
In 2008, Kip and his wife opened whatnot on Main Street in Park Rapids. Since that time, many customers, both young and old, have returned year after year to get a hug, listen to a story or joke or see a magic trick performed by Kip.
Kip enjoyed boating on the Mississippi, golfing (he earned a place in the hole-in-one club more than once and golfed in a tournament with Payne Stewart)  pho-tographing wildlife and nature, storm chasing and weather watching, and hunting “up north”. Kip will be fondly remembered for his kind heart, generosity, quick wit, jokes, tricks and his “trademark” hat with fake hair that he always wore.
Kip is survived by his wife, Maryrose; his son Bryce Clow, Chicago; his sister Faith (Maury) Finney; and many nieces, nephews, and cousins.
Kip was preceded in death by his parents, Buzz and Flossie.
A memorial/celebration of life is scheduled for Sunday, Sept. 3, 1 – 4 p.m., at Clancys at Vacationaire Resort on Island lake, Park Rapids.