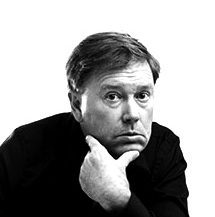 Mark Timothy Dickison, Seattle, Wash., passed away Aug. 16, 2017.
He was born August 6, 1958. A student at Bellevue High School and a loyal Husky Alumni legend in modeling, acting and film production leaves us in remembrance of a most unique NW native son, with family roots extending from the ‘20s Rainiers baseball teams to the San Juan Islands and to the foothills of Liberty.
Mark’s beginnings in fashion modeling at Seattle Models Guild provided him a variety of advertising skills and gigs in his early professional career. After relocating to Los Angeles to attend graduate film school at USC his modeling and talent agent began to send him on “go sees”- which resulted in parts and speaking rolls in feature films and to his becoming a lifelong Screen Actors Guild (SAG) member.
In the early ‘90s, Mark founded Trifilm, and has been active in the film, video and event production industry in the Northwest for over 30 years. Since opening the doors to Trifilm, Mark has created an award-winning portfolio of work that includes televised concerts, unforgettable film and video images and a clientele of Fortune 500 companies.
His creative thinking and work is behind the brands of some of the biggest corporations in the world. Mark has worked with and directed such notables as George Clooney, Steven Spielberg, George Lucas, Bill Gates, Warren Buffett, The Dalai Lama, and President Barack Obama. If you’ve ever been to a movie, surfed the internet or watched television, you’ve more than likely seen his work.
Mark had always extended his heart and talents to improving our community, working with organizations such as the Make-a-Wish foundation, Moyer Foundation, Puget Soundkeeper Alliance, Children’s Hospital, Fred Hutch, Hopelink, Cancer Care Hotline, and the Seattle Repertory Theater, just to name a few.
All of that brought him joy, but he was never happier than when his wife, Julie, and daughters, Kendyl and Dyllon, joined him on his journey. He still took global trips with his friends, golfing and skiing everywhere, but his compass was always directed to his family at home.
Mark saw the celebration in everything and everyone, and turned that into moments that no one will ever forget. He was a lover of all things, and was larger than life.
He is survived by his wife, Julie, daughters, Dyllon and Kendyl.
He was preceded in death by his parents, C. Norman Dickison and Janet L. Thingvold.
Mark is also survived and sadly missed by Julie’s Minnesota family. Julie is the daughter of Maurice and Dianne Sugden, Hallock Minn. Coming from a family of seven children, she introduced Mark to her large rural family, including siblings from Alaska and Arizona. Mark, Julie, Dyllon and Kendyl made time to visit and he got to meet and know every one of them. He loved his brown-eyed country girl and her roots here in Minnesota where they spent time doing so many things which he loved including an unforgettable airplane ride with his crop sprayer father-in-law, combining during wheat harvest, launch and ice fishing at Lake of the Woods, attending the Kittson County Fair and all events, country rides, cabin adventures, frogging, sunflower picking in a heavy thunderstorm (just for Dyllon), breakfast at the welding shop with the “coffee crew” and just meeting so many of Julie’s friends and classmates. He was amazed at our Northern Lights! He lived life to the fullest and he will be missed dearly.
A celebration will be held at Paramount Theatre, Seattle, Wednesday, Sept. 20, with an evening to honor the life and adventures of Mark. His legacy will be celebrated in true Mark style – with music, magic stories and a whole lot of laughter. Doors open at 6:30 p.m. and the show begins at 8 p.m.