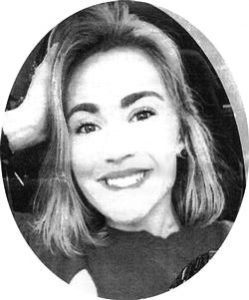 Taitum Pearson, 18, St. John, N.D. passed away  Saturday, Sept. 9, 2017 near St. John.
Taitum Rose Eller-Pearson was born  Oct.4, 1998 to Nichole Eller and Eric Kimball in Belcourt, N.D. When Taitum was three, Nikki met Taitum’s dad, Philip and they instantly had a bond. Taitum attended Head Start and elementary school in Dunseith. While there, she participated in many activities including basketball and culture club. After finishing the 6th grade in Dunseith, she made her way to St. John Public. Taitum’s outgoing personality and warm heart helped her make new friends in her new school. She was so proud to be a Woodchuck and took every opportunity to cheer on her school. Taitum had a love for sports. She played volleyball, basketball, and golf, she put her whole heart into whatever she decided to do. She won various awards for her hard work and dedication, but she was so honored and proud when she was nominated for Rolette County Athlete of the Year. Throughout her high school years, she was her class president and part of her student council. Taitum graduated from St. John Public School in May of 2017.
Taitum was a lover of life, she lived her life like it could be her last. She lived her life without consequence. She never missed an opportunity to tell someone how she felt. She loved without boundaries and it didn’t matter who you were, she always made time to say “hello”. She had a special bond with her family. No matter what was needed, she always was willing to help. If she saw you sweeping the floor, she would say, I can do that. She was not really a girly girl but then again she was. She could run with the best of you but always look beautiful doing it.
Taitum was the apple of her parents eye. She was her momma’s partner and best friend, and a daddy’s little girl. Whatever Taitum wanted, she usually would get. She had a way of talking you into doing whatever, and in return she was most grateful. Taitum’s brother, Tucker, was her best friend. Whenever they go into one of their silly moods, you would see random pictures of the two of them making silly-goofy faces. Tucker is a man of few words but he would give her dating advice which she took to heart. Her Papa Carl said she likes to think she had him wrapped around her finger…we all knew she did. Her adored her. Her grandma/mamma would do anything for her and all she had to do was ask. She was fondly called Rosie. Her Uncle Larry and Auntie Ashley were like second parents to her. She would stop in just to say hi and to play with her twin Aniston, who she adored, and to raise a little cain with her cousins, Julian and Kalen, and catch up with the happenings with Alex.
Taitum is survived by her parents, Nichole and Philip Pearson; brothers, Tucker Pearson, Eric Kimball; grandparents, Carl and Judy Eller, Perry and Shirley Pearson; great grandmothers, Esther Eller and Doris Swenson; aunts and uncles, Larry and Ashley Hunt, Jr. Jason and Rachel Pearson, Kip and Sarah Ebel; cousins, Alexander, Julian, Kalen, and Aniston Hunt, McKenzie, Madison, and Emma Pearson, Olivia, Alex, and Mia Ebel; and many aunts, uncles, cousins, and special cousins, Jordan, McKayla, Julius, and Daunte Baker.
Taitum was preceded in death by her uncle, Taylor Eller, great grandparents, Morris and Gloria Baker, Dorene Baker, Herman Eller, great great grandmother, Josephine Poitra.
Casket Bearers are Alex Hunt, Luke Baker Jr., Julius Baker, Brandon Davis, Nolan Poitra, Gary Baker Jr., Patrick Baker, Robbee McLeod, Brock Baker, Larry Baker Jr., Duante Baker, and BJ Davis. Honorary Bearers are all St. John Public School Classmates and Teammates, Taitum’s friends, Grandparents, Uncles, Aunties, Uncle Joe Baker, Auntie Della Herdt, Alvin and Ella McLeod, Eller family, Baker family, Pearson family, Poitra family, Parisien family, and special friend, Dylan LaRocque. Eucharistic gifts by her godparents, Larry Baker Jr. and Mandy Davis. Readers are Stephanie Anderson, Brent Pearson, and Sara Ebel. Eulogy by Laura Schadt. Rosary led by Jackie Delorme and Mary Lou Davis.
A visitation began at 5 p.m. Thursday, Sept. 14, 2017 at St. Ann’s Catholic Church, Belcourt, N.D. with a Rosary Service at 7 p.m. Funeral Mass was held Friday, Sept. 15, 2017 at 10 a.m. in the church with Fr. Tony Hession, SOLT presiding. Burial followed in St. Anthony’s Catholic Cemetery, Belcourt.
Elick Funeral Home, Rolla, N.D., was in charge of the arrangements. 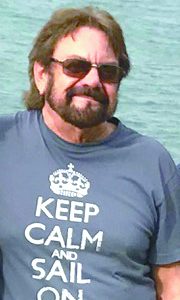 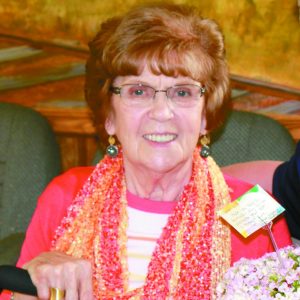 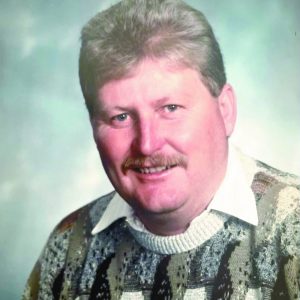 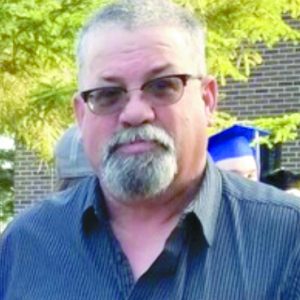 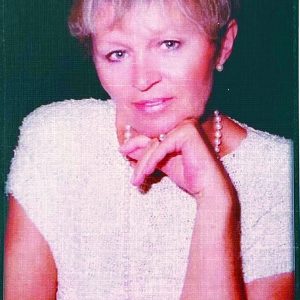