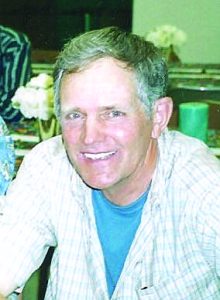 Bruce Charles Engstrom, 71, Lancaster, Minn., passed away on the family farm while doing his evening chores on Nov. 27, 2017.
Bruce was born on August 21, 1946 to Arvid and Ethelyn Engstrom. He was raised in Caribou township and graduated from Lancaster High School in 1964. He entered the U.S. Army after high school and was stationed in Fort Hood, Texas. After his military service, he worked construction building homes with his Uncle Leonard in Hallock.
He was married to Kathleen (Kathy) Swanson of Lake Bronson in 1969 and moved to the family farm where they raised their four children. Bruce worked together with his dad on the family farm and took over to continue his legacy as a lifelong farmer and cattle rancher, working alongside his son and grandson.
Bruce had a deep appreciation for Mother Nature. He loved the farm life and being outdoors. He brought joy everywhere he went. His joking, light-hearted nature put people at ease, and he went from being a classmate, customer, and neighbor to a friend. He was a generous soul.
Bruce had a deep love for his children and grandchildren and enthusiasm for watching them grow. He will be deeply missed by his family and all who knew him.
Bruce is survived by his wife of 48 years, Kathleen Swanson (Kathy); children Christopher (Cheryl) Engstrom, Lancaster; Melissa (Roland) Theiler, Webster, Wis.; Nicole (Kyle) Wilson, Midland, Tex.; and Stephanie Engstrom (Aaron), Grand Forks, N.D,; eight grandchildren: Jared and Allison, Roland and Lauren, Evelyn, and Kyen, Aunika and Aiden, and sister Penny Engstrom (Don), Detroit Lakes, Minn.
He was preceded in death by his parents, infant son Jonathan, step-mother, Hazel Engstrom and many aunts and uncles.
Funeral services were held Friday, Dec. 1, 2017 at 2 p.m. in Sion Lutheran Church, Lancaster. Inter-ment was in Riverview Memorial Garden Ceme-tery, Lancaster. Visitation was held at the church for one hour prior to the service on Friday. Military honors were accorded by the Lancaster American Legion. Pastor Kathy Levenhagen, presided; Dianne Rice, organist; Erik Finney, soloist. Casket bearers were Jared Engstrom, Cody Schmalz, Michael Olson, Brent Olson, Matthew Anderson and Patrick Anderson.
Austin Funeral Chapel, Hallock, Minn., was in charge of the arrangements. www.austinfuneralchapel.com