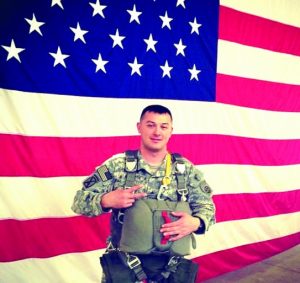 Adam Thomas Clark Norskog, 34, Lancaster, Minn., passed away of injuries he received in a motor vehicle accident near Lancaster early Saturday morning, April 21, 2018.
Adam was born May 13, 1983 in Elgin, Ill. He grew up in Clinton, Mont., and graduated from high school in Whitehorse, Mont. in 2001.  Adam enlisted in the U.S. Army and served several tours of duty in the Middle East. He completed his military service in 2015 and moved to Lancaster to be near his family.  Adam enjoyed the farm work he did  for Jeff and Joel Deere and was especially fond of living in Lancaster. He will be missed.
Adam is survived by his mother, Gaye Allen; brother, Edwin Bernhardt; sister, ChrisTina Norskog, his nephew, Cody Bernhardt who was considered a brother by Adam; niece, Samantha Bernhardt, niece Marissa Secord; nephew, Brandon Secord; his aunt, Judy Chisholm; and a cousin, Travis King.
He was preceded in death by his grandparents and great grandmother.
Memorial services with military honors were held Friday, April 27, 2018 at 11 a.m. in Lancaster Covenant Church.  Visitation was held at the church for one hour prior to the service.  Rev. Galen Nordin, presided. Special music was provided by the Popple Ridge Pickers. Honorary pall bearers were Jeff Deere, Joel Deere, Jerry Bernstrom, Evan Bernstrom and Charlie Bernstrom.  The Minnesota National Guard and the Lancaster American Legion performed military honors.
Austin Funeral Chapel, Hallock, was in charge of the arrangements.