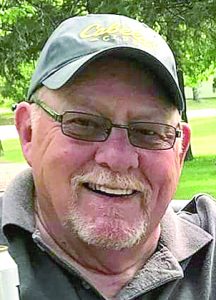 Jerry Youel Groves, 69, Lancaster, Minn., passed away from a heart attack Wednes-day, July 4, 2018, at Kittson Memorial Healthcare Center, Hallock, Minn.
Jerry was born Feb. 3, 1949, in Fairfield, Calif., to Orbria and Anna (Penrod) Groves.
Jerry attended school in Vacaville, Calif., and graduated in 1967. After graduation, he joined the United States Army and served in Vietnam. He was honorably discharged in 1970 and began working as a Shipfitter at Mare Island Naval Shipyard.
Jerry met Debra Elfstrom in Napa, Calif., and they were married Dec. 16, 1978. It would have been their 40th anniversary this year. They lived in Fairfield, for 12 years, during which time they had two daughters. They moved to Lancaster in 1988, and shortly thereafter, he began his 21 years of service with United States Customs. He retired in 2010 with 35 years of government service.
Jerry was baptized in the Lutheran faith and was a member of Sion Lutheran Church. He was also a member of the Lancaster American Legion Post 214.
Jerry had a zest for life and helping others. He enjoyed deer hunting with his daughters each fall, and would cry each time they shot a deer. One of Jerry’s passions was the game of golf. He not only enjoyed playing golf, he enjoyed keeping the golf course looking beautiful. He had the mind of an engineer and after retirement, took up woodworking and built many pieces of furniture. He made his own designs and if he didn’t know what step was next, he would look it up on youtube. In the most recent years, Jerry remodeled many rooms in his house as well as building the ultimate man cave.
Jerry’s grandchildren were his pride and joy. He would wake up every morning with them and skip his daily news to watch Tom & Jerry.  He took them for rides on the beloved 49er cart and fed them peanuts in the shop.
Jerry is survived by his wife, Debbie; children Lindsey Groves and Jessie (Matt) Zander; grandchildren Kaylee and Russell Zander all of St. Michael, Minn.; Emanuel Groves, and Aaliayh Gilmer of Calif.; sister Patsy (Syd) Ervin, Ft. Mojave, Ariz.; sister-in-law, Paulette Rustad; brothers-in-law, Jim (Kathy) Elfstrom and Roger (Brenda) Elfstrom; several nieces and nephews.
He was preceded in death by his parents; brothers Bobby and Charlie Groves; sisters Margaret, Ruthie, Ruby and Letha; daughter Ashley Groves.
Funeral service were held Monday, July 9, 2018, at 2 p.m. at Sion Luthern Church, Lancaster. Inter-ment was at Riverview Memorial Garden Ceme-tery, Lancaster. Visitation was held at the Sion Luthern Church Sunday, July 8, from 4 to 6 p.m. with a prayer service at 5 p.m. Pastor Kathy Levenhagen and Pastor Galen Nordin, presided; Dianne Rice, organist; Galen Nordin and Erik Finney soloists. Casket bearers were Tom Karboviak, Jamie Pearson, Levi Pearson, George Zondagh, Jeryl Peterson and Allan Bowlin. Military honors were accorded by the Lancaster American Legion and the U.S. Customs and Border Protection Honor Guard.
Austin Funeral Chapel, Hallock, was in charge of the arrangements. www. austinfuneralchapel.com