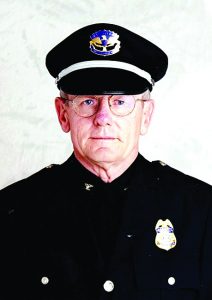 LTC Robert Erling Olson, 73, St Simons Island, Ga., passed away  July 26, 2018 at Hospice of the Golden Isles.
Bob was born June 26, 1945 in Northwood, N.D., the son of Ione and Orland      Olson. He grew up in northern Minnesota where he met his childhood sweetheart, Sandra Finney, and married in 1966.
He was a 1968 graduate of the University of North Dakota, where he received his Bachelor of Arts in Philosophy and Mathematics. He served four years of active duty with the United States Army with the 5th Battalion (Airborne) 81st Field Artillery and was stationed in Wiesbaden, Germany. Following active duty he continued with the Army Reserves until his retirement in 1996 as a Lieutenant Colonel.
Bob began his career with the United States Federal Government in 1974 as a Customs Patrol officer in Noyes, Minn. The Olson family moved to Winnipeg, Canada and Plentywood, Mont., before settling on St. Simons Island in 1986 when Bob took a position as an instructor at the Federal Law Enforcement Training Center (FLETC).
In 1991, he relocated to New Orleans as the Assistant District Director for the New Orleans district of the US Customs Services. He returned to FLETC in 1995 to complete his Customs career as the Acting Director of the Office of Fields Operations Training in 2001.
Following his retirement, Bob took his experience and expertise overseas to Sofia, Bulgaria. In 2005, he relocated to Kiev, Ukraine where he served as Chief of Party for the Export Control and Related Border Security Program at the United States Embassy. He worked closely with the Ukrainian government on improving border security. In 2010, he moved to Moscow, Russia to continue his career with the State Department. His final assignment was in Bishkek, Kyrgyzstan where he worked until 2016.
Bob received numerous accolades throughout his career and was awarded a PhD Honoris Causa by the Customs Academy of Ukraine.
After retiring in 2016, Bob returned to St. Simons Island. He immersed himself in his love for golf, his daughters, and his grandchildren. Bob loved his family, his friends, the United States Customs Service and the Minnesota Vikings. He was a very kind and generous man who made lasting friendships everywhere he went. He was also an avid sports fan who NEVER missed a Minnesota Vikings game. While overseas he would stay up and watch or listen to the games on his computer.
While at the University of North Dakota, he played two years of college baseball. In Canada, he played handball and while in Montana, he played on a travelling fast pitch soft ball team. He also enjoyed downhill skiing and spent many days on the slopes of Big Sky, Mont. He loved traveling and living overseas. He immersed himself with the locals wherever his travels took him. While in Mont., he tried his hand at pig farming and cattle ranching. On St. Simons, it was running and sailing. In New Orleans…laissez les bon temps rouler.
He is survived by his daughters Melissa Olson Mallon, St Simons Island, and Anna-Liese Olson Anderson and husband Marc, Charleston, S.C.; his brothers, Craig Olson and wife, Pam, Brunswick, Ga., and Michael Olson and wife Jan, Las Vegas, Nev. He was known as “Bop” to six grandchildren who will miss him tremendously: Anna-Grace, Marit, Miles and Anderson Mallon, St. Simons Island and Finleigh and Banks Anderson, Charleston, S.C.
He is preceded in death by his parents and his wife of forty years, Sandra Finney Olson.
A celebration of life reception was held August 4, 2018 from 4 – 6 p.m. with Military Honors at 5:30 p.m.
In lieu of flowers the family requests memorial donations be made in Bob’s name to Hospice of the Golden Isles, 1692 Glynco Parkway, Brunswick, Ga. 31525 and/or to The LIVESTRONG Foundation at livestrong.org
Arrangements are entrusted with Edo Miller and Sons Funeral Home.