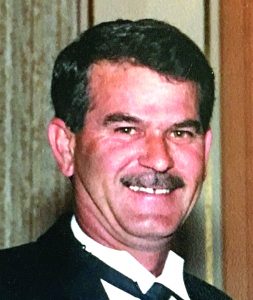 Richard Allen Brettingen, age 71 of Becker, Minn., passed away peacefully Sept. 1, 2018, after complications related to heart surgery.
Rich was born April 25, 1947 in Mora, Minn., to Donald and Margaret Brettingen. He was raised in Kennedy, Minn., graduated from Kennedy High School and attended Moorhead State University.
He married Diane Mortenson Jan. 4, 1969, and had two daughters, Staci and Stephanie.
Rich was always a hard worker and “go getter” who lived life to the fullest. He began working a paper route at age nine, picking up the papers from the Flyer train at 4 a.m.
In adulthood, he worked for Gene Maloney at Phillips 66, drove the Kennedy Public School bus and then owned and operated Petersburg Chevrolet-Buick car dealership for 20 years until 1998. Rich then moved to Granite Lake in Annandale, Minn., and then Becker, where he continued to work in car sales at Ryan Auto in Buffalo, Minn., and West Metro Auto in Monticello, Minn., until his retirement. Rich loved to stay busy and enjoyed working part time repairing neon signs up until his last days.
Rich loved his daughters and grandchildren and was proud of their accomplishments. He loved his friends, pool league, “the shack” hunting cabin, his place on Granite Lake, bonfires, fishing trips, racing cars, playing cards and spending time with friends and family. He had a twinkle in his eye, was full of fun, had a genuine heart and was generous with all that he had: his time, possessions, wisdom and skills. Rich always made time to help friends with plumbing projects and anything that needed a handyman’s touch. He also had a special way of giving quiet advice when asked, was kind and was always forgiving.
Rich is preceded in death by his parents, Don and Marge Brettingen.
He is survived by his ex-wife Diane Brettingen, James-town, N.D.; daughter Staci (Gregory) Halliday and grandchildren Gabrielle and Morgan, Grand Forks, N.D.; daughter Stephanie (John) Wright and grandchildren Garret and Avery, Jamestown; brothers Greg (Peggy) Brettingen, Medina, Minn., and Donald “Chuck” (Lynn) Brettingen, Apple Valley, Minn.; sister Benny Brettingen, Colorado Springs, Colo.; many nieces and nephews; and his best friend Cindy Spilde, Becker, Minn.
Memorial services were held Sunday, Sept. 9, 2018, at 3 p.m. in Maria Lutheran Church, Kennedy. Inter-ment was in Kennedy City Cemetery. Visitation was held in the church for one hour prior to the service. Pastor Kathy Levenhagen, presiding; Carol Bowman, pianist; Bruce Gleason and Dwight Nelson, soloists. Honorary pall bearers were Richard’s grandchildren.
Austin Funeral Chapel, Hallock, was in charge of the arrangements. www. austinfuneralchapel.com