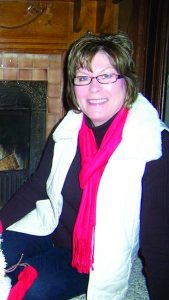 Kathy R. Levenhagen, 61, of Lancaster, Minn., passed away unexpectedly at her home on Nov. 9, 2018.
Kathy was the daughter of the late Alvin and Hazel (Steedley) Anderson. She grew up and attended school in Lancaster and after graduation went on to Northland in Thief River Falls, Minn., for early childhood education.
Kathy was united in marriage to Tim Roman on Dec. 6, 1975. The couple resided in Hallock where they raised their two children, Michael and Brittany.
Kathy was later united in marriage to Wade Levenhagen on Aug. 8, 2008. Together they blended two families of children into one.
Kathy loved kids and was very passionate about her Head Start career of 28 years where she was known as Ms. Kathy. After teaching, Kathy was currently cooking and doing activities at the Tamarac, an independent and assisted living facility in Stephen, Minn. She was dearly loved by the residents and reciprocated joy back to them by planning monthly events for them to enjoy.
Ms. Kathy had a warm and nurturing personality but also often came across as humorous and witty. She put her “all” into everything she did including being an excellent wife, mother, and most of all grandmother. She loved her family like no other and her grandchildren even more so.
Kathy enriched our lives daily with her many talents and will be forever missed by her loving husband, Wade; children: Michael (Page) Roman, Chino Valley, Ariz.; and Brittany (Tyler) Swenson, Lanc-aster; stepchildren: Bill (Cherice) Levenhagen, Ardoch, N.D.; KC Levenhagen, Lancaster; Darcie (Jason) Keenan, Lake Bronson, Minn.; and Andrew (Jamie) Levenhagen, Hitterdal, Minn.; grandchildren: Evangeline, Teagan, Mason, Rhett, Kali, Emma, Ashton, Brekin, Garrik and Brielle; sibilings: Linda (Fred) Kloster, Grand Forks, N.D,; Gary (Linda) Anderson, Thief River Falls, Minn.;  nieces, nephews, grand nieces and nephews and cousins.
Kathy was proceeded in death by her parents, a brother-in-law, infant niece Wendy, and aunts and uncles.
Memorial services were held Thursday, Nov. 15, 2018 at 11 a.m. in Sion Lutheran Church, Lancaster. Visitation was held at the church for one hour prior to the service. Interment was in Riverview Memorial Garden Cemetery, Lancaster. Pastor Kathy Levenhagen, presiding. Special music, “From The Day You Were Born” by Russell Nagy and “On Eagles Wings” by Michael Joncas, performed by Renee Wahl and Faye Potrament. Congregational hymns will be “Softly And Tenderly” and  “In The Garden”. Honorary pall bearers were Kathy’s grandchildren.
Austin Funeral Chapel, Hallock, was in charge of the arrangements. www. austinfuneralchapel.com