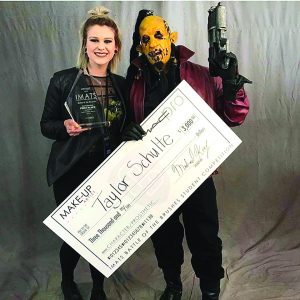 Taylor poses with the male model who helped her win the Battle of the Brushes competition in Sydney, Australia, last year. (Submitted Photo)