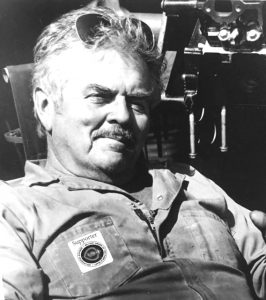 Sheldon Stenquist, 80, died on March 28, 2019.
He was born May 16, 1938, in Hallock to Helmer and Grace Stenquist and was one of five children born to them.
After enlisting in the Navy, he moved from Minnesota to California where he was married and had four children: Ingrid, Bridget, Heidi and Sheldon Jr.
An avid stock car and race car owner/driver, Sheldon won many races with his Studebakers. He loved building motors and cars from scratch, and always enjoyed seeing his friends when they would come over for a visit. A master mechanic for decades, Sheldon was highly regarded as a top mechanic in the county for well over 40 years.
His older brother, Deane, preceded him in death at 18 months of age.
His younger siblings are Deanna Tisser-and of Litch-field, Minn.; Faye Rollins of Redding, Calif.; and Roger (Barb) of Helena, Mont. He also leaves behind four grandchildren, three great-grandchildren and several nieces and nephews.
Sheldon’s son, Sheldon Jr., held a celebration of life Saturday, April 5 from 12:30 to 2:30 p.m. at Our Savior’s Church in Ferndale, Calif. There will also be another gathering on or around May 18 which the details will be released soon.
Sheldon was a great man and a lifetime friend to an entire community.