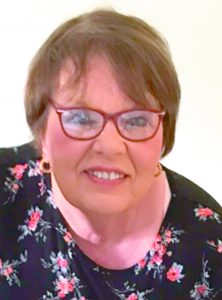 Gail Larson, 68, of Kennedy, Minn., passed away at her home on Monday, July 29, 2019.
Gail Esther Larson was born Feb. 1, 1951, in Hallock, Minn., to Ronald and Erlyce (Lindberg) Larson. She grew up on the family farm near Kennedy and attended school there graduating in 1969.
Gail went on to get her degree in elementary education at the University of North Dakota. She taught in Munich, N.D., for three years before accepting a position in the Hallock School District. Gail retired in 2009.
She was a member of Maria Lutheran Church, served on the Kennedy City Cemetery Board and was very active in Kennedy Center.
Gail organized  dinners at her church and often supplied many of the baked goods. She was an excellent baker and enjoyed keeping family and friends supplied with tasty creations.
Gail is survived by her brother, Jim (Nancy) Larson, Kennedy; a nephew, Paul Larson, Kennedy; niece, Karen Evans, Argyle;   grand nephews and nieces, Austin (Katie) and Baron, Tucker (Gabby), Tyler (Macy), Carter (Megan),  Emma, Kathryn and Stephanie;  and, of course, Willie and Ruby.
She was preceded in death by her parents.
Funeral services were held Friday, Aug. 2, 2019, at 11 a.m. in Maria Lutheran Church, Kennedy. Interment was in the Kennedy City Cemetery. Visitation was held at the church for one hour prior to the service. Pastor Kathy Levenhagen, presided; Patti Swanson, pianist and Ron Fossell, soloist. Casket bearers will be Brett Dahl, Jimmy Dahl, Earl Mattson, Chris Swenson, Steve Holmgren and Kevin Hanson.
Austin Funeral Chapel, Hallock, was in charge of the arrangments. www austinfuneralchapel.com.