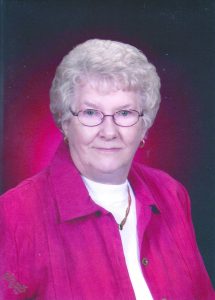 Lucille Knutson, 89, of Lancaster, Minn., passed away at Altru Hospital in Grand Forks on Sunday, July 28, 2019.
Annie Lucille Knutson was born Oct. 13, 1929, at Kennedy, Minn., to Carl and Millie (Mundle) Knutson. The family moved from the Kennedy area to Orleans, Minn., when Lucille was 10 years old. She attended the Willow Grove country school and Rose country school.
After completing her education she began working at a bakery and restaurant in Hallock, Minn. In 1970, she started  at Arctic Cat in Karlstad, Minn. Lucille completed her working career at MCI in Pembina where she worked for over 20 years.
Lucille enjoyed traveling with her sister and brother-in-law throughout the U.S. and even made a memorable trip to Sweden. She was a member of the Presbyterian Church in Orleans and transferred to the Lancaster Covenant Church after it closed.
Lucille is survived by a sister, Mary (Chuck) Kucera, St. Francis, Minn., and many nieces and nephews. She was preceded in death by her parents; two brothers, Warren and Dennis, and a sister, Beverly Weleski.
Funeral services were held Saturday, Aug. 3, 2019, at 11 a.m. in the Lancaster Covenant Church. Interment was in Riverview Memorial Garden Cemetery, Lancaster. Visitation was held at the church for one hour prior to the service. Rev. Galen Nordin, presided; Aliyah Vig, soloist; Galen Nordin and Faye Potrament, duet; Janelle Hostrup, organist.
Austin Funeral Chapel, Hallock, Minn., was in charge of the arrangements. www.austinfuneralchapel.com