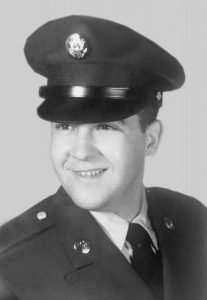 Norval Larson, 78, of Karlstad, Minn., passed away at Karlstad Healthcare Center on Monday, Aug. 19, 2019.
Norval Levernne Larson was born Jan. 27, 1941, in Hallock, Minn., to Alton and Tillie (Bushie) Larson. He grew up at Lake Bronson, Minn., and attended school there.
In April of 1962, he entered the U.S. Army and served until April of 1965. When Norval returned home he began doing auto body work at the family shop in Lake Bronson. He also did construction work in the area for several years. Norval lived and worked in several states including New Hampshire, Michigan and Florida. He owned and operated a restaurant as well as a gas station in Florida. Norval was involved in many enterprises and sold real estate in Florida for several years before returning to Minnesota.
He is survived by daughters, Jennifer and Denise in Florida; brothers, Bim in California and Harley in Alaska; as well as nieces and nephews.
He was preceded in death by his parents; two infant siblings; two brothers, Terry and Darrell; and a sister, Loretta.
Memorial services were held Saturday, Aug. 24, 2019, at 3 p.m. in Austin Funeral Chapel, Hallock. Interment was in Riverside Cemetery, Lake Bronson. Military honors were accorded by the Halma-Lake Bronson American Legion. Visitation was held for one hour prior to the service. Rev. Galen Nordin presided at the service.
Austin Funeral Chapel, Hallock, was in charge of the arrangements. www.austinfuneralchapel.com