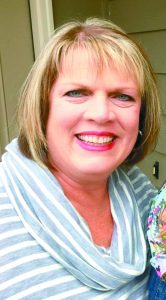 On Wednesday, Jan. 1, 2020, Char Langen, loving wife, mother of three, and grandma of two passed away after a long battle with cancer at the age of 62.
Char was born on Aug. 7, 1957, in Duluth, Minn., to Chuck and Georgian (Paulson) Abele. Shortly after they moved to Mahnomen, Minn., where she graduated high school. She received her bachelor’s degree in nursing from the University of North Dakota and served the communities of Kittson County for 30 years.
On Nov. 7, 1981, she married Dave Langen. They raised one son, Kyle, and two daughters, Ashley and Whitney, at their home in Kennedy, Minn.
Char had a passion for following her kids’ sporting events. She enjoyed gardening and she never saw a sale she did not like. Char filled more positions in the schools than just a school nurse, students would come to her for home support, lending an ear or even just a piece of candy. She had an infectious smile that would light up a room. She volunteered countless hours for the Cornerstone Food Pantry, church council and had a special place in her heart for hospice care.
Char is preceded in death by grandparents, George and Inez Paulson, Bernard and Evelyn Abele; aunts, Mavis Paulson and Betty Welch; and mother-in-law, Geraldine Langen.
She is survived by her husband, Dave; her three children, Ashley (Brady) Stevens, Kyle, and Whitney (Ben); grandchildren, Barrett and Rylee Stevens; her parents, Chuck and Georgian Abele; her brother, Jeff (Becky) Abele; and sisters, Lori (Dan) Akre and Lisa (Jeff) Neisen; and several cousins, nieces and nephews.
Funeral services were held Monday, Jan. 6, 2020, at 11 a.m. in Red River Lutheran Church, rural Kennedy. Interment will be in Red River Cemetery. Rev. Frank Johnson, presided; Renee Wahl, organist; special music by Char’s Birthday Club, Kathy Johnson, Karen Erickson, Judy Shuck, Denise Blomquist and Cindy Urbaniak. Casket bearers were Tom Craigmile, Terry Osowski, Tim Rynning, Kelly Erickson, Jeff Mortenson and Merle Shuck. Honorary casket bearers were the many students Char met throughout her career. Visitation was held on Sunday evening, Jan. 5 from 6 to 8 p.m. in Grace Lutheran Church at Hallock with a prayer service at 7 p.m.
Austin Funeral Chapel, Hallock, was in charge of the arrangements. www.austinfuneralchapel.com.