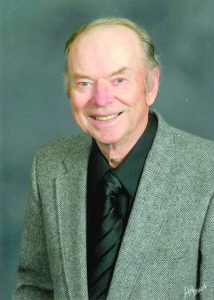 Roger Lundstrom of Thief River Falls, Minn., passed away on Sunday, Dec. 29, 2019, at Sanford Medical Center in Thief River Falls surrounded by his loving family.
Roger Dale Lundstrom was born on May 26, 1942, at Strandquist, Minn., son of Clarence and Dagney (Grafstrom) Lundstrom. He was raised in the Strandquist area and attended school there graduating in 1960. Roger entered the U.S. Army June 30, 1960, and served his country where he qualified as sharp shooter, until his honorable discharge on June 21, 1963. Roger was stationed in Germany during the Cuban Missile Crisis where the commander told him to get a good night’s sleep as WWIII starts tomorrow.
He attended college at UND in Grand Forks. Roger began his career with UPS where he worked for 36 years out of the Thief River Falls office up to the Canadian border.
On Dec. 31, 1966, he was united in marriage to Melannie Gudmundson of Lake Bronson at Lake Bronson Zion Church. To this union four children were born: Troy, Floyd, Leon and David. The couple made their home on a farm near Thief River Falls where he farmed and raised cattle. He loved God, his Father, and his family.
Roger was a member of the NRA, AARP, Hunting Club of America, Angus Association, the Teamsters Union and the American Legion and the VFW. Roger enjoyed hunting and guns.
He was an active member of the Evangelical Free Church of Thief River Falls.
Roger is survived by his wife of 54 years, Melannie G. Lundstrom of Thief River Falls; children, Troy Lundstrom, Floyd Lundstrom and David  (Allison) Lundstrom, all of Portland, Ore., Leon Lundstrom of Thief River Falls; grandchildren, Jesse Lundstrom, Josiah, Jeremiah and Touchana Lundstrom, Jacob, Jared and Jaelyn Lundstrom; great-granddaughter, Sophie Ann Lundstrom: sister, Kathy Olson of Roseau, Minn.
He is preceded in death by his grandparents, Peter and Anna Lundstrom; parents, Clarence and Dagney; brother, Miles Lundstrom; and an infant child.
Roger lived 77 years, 7 months, and 3 days, God bless his soul.
Funeral service will be held Friday, Jan. 17, 2020, 2 p.m., at the Evangelical Free Church in Thief River Falls with Pastor Kevin MacLean and Pastor Kent Hudson officiating.
Visitation will be held 5 until 7 p.m. with a prayer service at 7 p.m. on Thursday, Jan. 16, 2020, at Johnson Funeral Service in Thief River Falls. Visitation will also be held one hour prior to the service at Evangelical Free Church.
Johnson Funeral Service, Thief River Falls, is in charge of the arrangements.