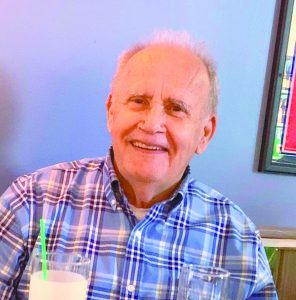 Glenn Roy Browne died Friday, July 31, 2020, at Altru Hospital from cancer.
Glenn was born July 3, 1935, in Winnipeg, Man., to Helen and Thomas Browne.
In his 85 years, Glenn’s accomplishments varied.  He was a former member of the RCMP, serving in Alberta. Then he became an insurance adjuster followed by vice president positions with Rug Doctor Canada and Burger Superfire Switzerland.
Glenn moved to the U.S. in 1979 and lived in Lancaster. Locally, he was known as a photographer, birder, artist, storyteller, mason and carpenter/re-modeler. When introduced as the man who hand-dug his own basement his wife responded, “Irish!”  He read history voraciously and volunteered at the Lake Bronson Museum doing genealogy.
Glenn is survived by his wife, Eloise (Bylund) Browne; his sister, Barbara Mitchell of Manitoba; his mother-in-law, Marlys Thorson of Hallock; and his three adult children in Alberta.
Glenn is preceded in death by his parents; and his sister-in-law, Roxanne (Bylund) Reaume. Private services are planned.
Austin Funeral Chapel, Hallock, is in charge of the arrangments. www.austinfuneralchapelcom.