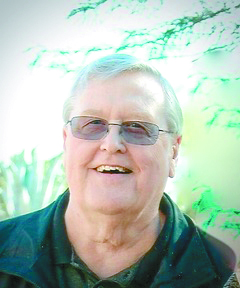 Darrell Amos Benson, 79, of Phoenix, Ariz., passed away suddenly at his home on Saturday, Sept. 5, 2020.
Darrell was born to Amos and Astrid (Erickson) Benson on June 29, 1941 in Drayton, N.D. He graduated from Drayton High School in 1959 and went on to attend the University of North Dakota.
On Oct. 22, 1960, he married his high school sweetheart, Sandra Dahl, at Drayton Lutheran Church. In 1963, they moved the family to Phoenix, Arizona where Darrell joined the Phoenix Police Department.
In 1966, they moved to Minnesota, where Darrell worked for the North Saint Paul Police Department. They returned to Phoenix in 1967, where Darrell continued his career with the Phoenix Police Department, retiring as a Sergeant in 1984. After retiring from his career in law enforcement, he worked for American Continental Corporation and Equifax.
Darrell had a love for music and his family. It was the love of his family that sparked his desire to study genealogy. Over a period of approximately 10 years, he enjoyed spending his time researching the family tree, even reaching out to family members he found but never met. During the process, he compiled enough information to put together a detailed genealogy book for both the Dahl/Winge and Benson/Erickson Families. He shared the books with both families, so they would be able to enjoy and pass along to future generations… a gift from him that will last forever.
Darrell was known for his tremendous sense of humor. His countless stories delighted all who heard them.
He will be missed dearly and lovingly remembered by his wife, Sandra Benson; son, Darron (Kadie) Benson; daughter, Loree Robinson; grandchildren,  Jamie (Allison) Benson, Brandon Benson, Maggie Benson, Alyssa Robinson, Carter Robinson, Shane and Ashley Herseth, and his great granddaughter, Olivia Otto.
He was preceded in death by his son, Troy Darrell Benson and his parents.
A celebration of life will be held at a later date.