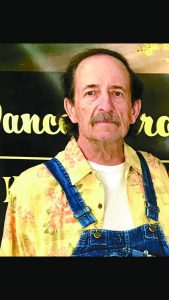 David Robert Kaul, 67, of Hallock, Minn., passed from this life to his eternal home with Jesus on Monday, April 6, 2020, at Altru Hospital in Grand Forks, N.D.
He was born March, 24, 1953, to Robert and Audrey (Miller) Kaul in Minneapolis, Minn. He grew up and went to high school in Burnsville, Minn. Upon graduating from high school he enlisted in the United States Air Force where he was a jet engine mechanic from 1970-1973.
After his time in the service, David worked for several different companies as a maintenance supervisor. Later in life, David worked for himself doing construction and lawn care, you would often see him around town on his mower.
David enjoyed being outside, especially around the North Shore and Great Lakes. He was a big fan of the Green Bay Packers. David was also active in his church and with Via de Cristo ministry, where he shared his story, love for Christ and helped serve others in the name of Jesus.
He enjoyed time spent with family, friends and loved ones.
David is survived by his best friend, Linda Kaul; sisters, Barb, Toni, Patty, Cindy and Mary; brothers Chris and John; children Genevieve, Bobby, David, Johnathan and Erik; and 11 grandchildren.
David was preceded in death by his parents, Robert and Audrey; his son, Alex; and granddaughter, Katlin.
Memorial services will be held Saturday, Oct. 3, 2020, 2 p.m at Kennedy Covenant Church, Kennedy, Minn.
Austin Funeral Chapel, Hallock, is in charge of the arrangements.