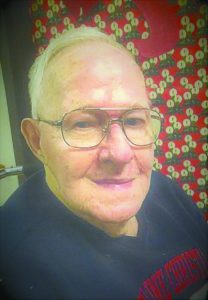 Richard Earl Skinner, 75, of Pembina, N.D., peacefully passed into the loving arms of his Lord and Savior on Oct. 10, 2020, at Altru Hospital in Grand Forks, N.D.
Richard was born March 19, 1945, to parents, Searl and Adelia (Franklin) Skinner. He lived in Williams and Donaldson, Minn. He met the love of his life, Judith Dykhuis, and they married Dec. 26, 1964. Together they moved to Charles City, Iowa where Richard went to Midland Linotype School. He printed the newspaper for Grinnell and Ames, Iowa, Blue Earth, Red Lake Falls and Hallock, Minn.
In 1966, a daughter, Sherry, was born and in 1968 a son, Blake, was born. Richard was manager of North Star Packers, Kennedy, Minn., worked at Motor Coach Industries, Pembina and Sand Steel of Grand Forks.
In 1976, Richard and his family moved to Pembina where he worked for the Pembina Public School and farmed in Humboldt, Minn. He sold biodegradable fertilizer for several companies and then decided to begin his own business, Personalized Ag Products.
In 2000, Richard fell ill and had to give up his business after 25 years. In June of 2018, Richard entered Wedgewood Manor in Cavalier, N.D. He was very involved in his church and community, and was a member of the Evangelical Free Church.
He is survived by his loving wife of 55 years, Judith; a daughter, Sherry (Larry) Majewski, Lambertville, Mich.; a son, Blake (Beth) Skinner, Hallock, Minn.; eight granddaughters; a sister, Stella Gorsuch, Hallock; brother, Dale (Linda) Skinner, Farming-ton, Minn.; sisters-in-law, Mary Jane Skinner, Ontario, Ohio, and Grace Kadolph, Eldora, Iowa.
Richard was preceded in death by his parents; in-laws, Henry and Ruby Dykhuis; brothers, Milford, Clifford, Kenneth, Orville, Melvin and Larry; sisters, Marie and Lois; and many brothers-in-law and sisters-in-law.
A public visitation will be held at Austin Funeral Chapel in Hallock on Tuesday, Oct. 13, 2020, from 11 a.m. to 1 p.m. with a private family funeral to follow. Interment will be in the St. Vincent Cemetery, St. Vincent. Please follow CDC recommended guidelines.
Austin Funeral Chapel, Hallock, is in charge of the arrangments. www.austinfuneralchapel.com.