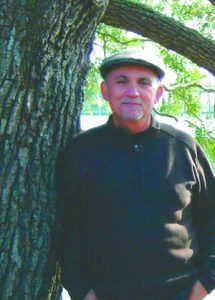 John Nicholas “Nick” Berlin was born June 9, 1941, in Hallock, Minn., to Anthony Berlin, M.D., and Mildred Finney Berlin. He went to be with the Lord on Nov. 22, 2020.
While growing up in Minnesota, Nick had a love of playing ice hockey, football and other outdoor sports. He moved to southern California at the age of 15 with his family and attended Matter Dei High School where he played football and was part of their C.I.S. championship team. He received his undergraduate degree from the Seattle University, attended University of the Pacific where he received his teaching credentials and subsequently earned a master’s degree in education from Chapman University.
Most dear to his career was his 35 years of service at Hamilton Middle School where he taught science for many years until the advent of the personal computer. His interest in computing and desire to educate students on new technologies allowed him the opportunity to conceptualize, develop and lead the computer science program at Hamilton for many years.
Furthermore, Nick was honored to be part of the team which designed, implemented and led the Magnet programs at Hamilton, including the Performing Arts and the Pre-International Bacca-laureate programs which had positive, lasting effects on many students throughout the years. Nick also enjoyed being active in the California Retired Teachers Association where he held various leadership positions and was an active member of the First Congregational Church in Stockton.
He will be deeply missed by the love of his life, his wife of 53 years, Joyce; his children, grandchildren and all those whom came to know and love him as a teacher, colleague, mentor and friend.
The family wishes to thank everyone for the love and support shown. Memorial service pending.