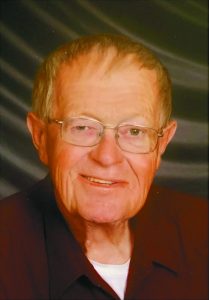 Wayne Stewart, 74, of Lancaster, Minn., passed away at Altru Hospital in Grand Forks, N.D., on Sunday, March 21, 2021.
Wayne Glen Stewart was born April 24, 1946, at Hallock, Minn., to Glen and Melvy (Carlson) Stewart of Humboldt, Minn. Wayne was baptized and confirmed in the Humboldt United Methodist Church. He attended grade school and graduated from Humboldt High School in 1964. While there, he participated in football, basketball and track.
Growing up on a farm north of Humboldt, Wayne and his siblings worked hard during their youth, helping with chores and tending livestock, including the stable of race horses his father kept. The family moved off the farm into town in 1958. Growing up with horses, he and his family spent their summers traveling the regional racing circuit at many Minnesota, North Dakota, and South Dakota county fairs and eventually landing at Assiniboia Downs in Winnipeg, where brother Bobby rode and brother Garylle trained. Wayne worked as Bob’s racing agent at the track in the early 60s and also worked as a groom for his father and for trainer CC Koltes.
After graduation, he attended and earned a degree at Aaker’s Business College in Grand Forks. He also worked at the Humboldt Elevator during this time. In 1968, after working during the building’s construction, he started employment as the bookkeeper at Great Lakes Gas Transmission pipeline in Humboldt. He crop farmed for a time in the mid 70s to early 80s, with his brothers Garylle and Bob. In 1983, he started an 18-year career in commercial construction, working his way to a position as the shop superintendent for Meinecke-Johnson Construction Company of Fargo.
On June 22, 1967, he married Renee Jerome in Hallock at St. Patrick’s Catholic Church. They had two children, David and Shawn.
Wayne was a jack of all trades and always had a project or two going on. Along with his two sons, he moved numerous buildings in Kittson County, including many large barns. He was a skilled woodworker, mechanic and welder. Every summer, Wayne also enjoyed putting up hay and could often be seen mowing roadsides. Following retirement, he continued to assist farmers in the Pembina, N.D., and Humboldt areas, and enjoyed deer hunting and attending his children and grandchildren’s games and events. Wayne cherished his family and could always be seen on the sidelines at numerous football, hockey and baseball games. Wayne had a keen interest and respect for the Amish culture and often traveled to a colony near Harmony to purchase horses or parts for his buggies. He raised Belgian horses for many years.
Wayne was the family historian, with a steel-trap memory. He often shared stories and cultivated numerous friendships within the community. He will be missed very much. Wayne was a friend to all and had the nick-name “Tuna” that was given to him from brother Bob when he was a child.
He is survived by: his wife, Renee; sons, David (Cindy) Stewart, Hallock, and Shawn (Carrie) Stewart, Reile’s Acres, N.D.; sister, Susan Larson, White Bear Lake, Minn.; grandchildren, Bradley, Matthew, Jack and Andie Stewart; and many nieces, nephews and cousins.
He was preceded in death by: his parents; brothers, David (infant), Bobby and Garylle; father and mother-in-law, Leonard and Rosalyn Jerome.
Services were held Saturday, March 27, 2021, at the Humboldt United Methodist Church, Humboldt. Honorary pallbearers were Wayne’s grandchildren. Pallbearers were Gregg Mayerich, Todd Ramberg, Lance Stewart, Dan Larson, Ben Larson and Jordan Stewart. Music by Eric Finney, Galen Nordin, Sue Albrecht, with organist Robert Bockwitz. Officiant was Gary Johnson.
Austin Funeral Chapel was in charge of the arrangements. www.austinfuneralchapel.com