By Anna Jauhola
As kids in Kittson County gear up for the start of school, local volunteers have been working to make sure everyone is prepared.
KIDSon Cares, a nonprofit founded in early 2021 by Hallock native Jacob Hook, has provided 50 backpacks for kids in need filled with necessary school supplies for appropriate age levels. In conjunction, Susan Budziszewski – also a Hallock native – decided to do her own school supply drive in honor of her late father, Erv Gorsuch.
A couple weeks ago, she shared a memory on social media of her dad donating school supplies to a drive at C&M Ford in Hallock. She then announced she would sponsor a drive to donate 20 pouches of school supplies to KIDSon Cares.
“My dad had a big heart and loved to give back to the community, and this is one thing he did,” Budziszewski wrote. “I was reminded of my dad’s generosity when I saw the post from C&M on my memory feed today. … I know that it can be a hardship for some families to buy their children supplies they need and this is one way I would like to give back.”
She initially set the goal of donating 20 bags, but the response to her request was so well received, Budziszewski was able to purchase and donate 25 pouches.
“My heart is so full this morning!” she wrote when she met her goal.
Hook said he was so thankful for Budziszewski’s contributions.
“It’s so cool how something so small can kind of turn into something so big,” he said.
On Friday, Aug. 20, Hook brought his supplies to C&M Ford in Hallock where he gathered a small group of volunteers to help pack the bags. He said the money raised from the KIDSon Cares golf tournament in July paid for the supplies and he ordered the backpacks through Gullander Hardware. During the final full week of August, Hook and others brought the backpacks to drop sites in Hallock, Lancaster and Karlstad. It was first-come, first-served in taking a backpack, Hook said.
If someone was unable to get a bag for their child, Hook said to contact KIDSon Cares by emailing kidsoncares@gmail.com. 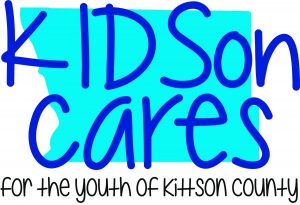