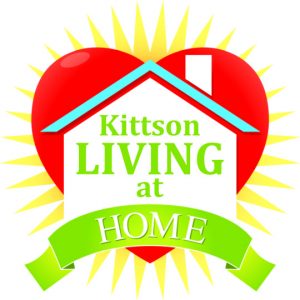 By Anna Jauhola
A group working to better assist seniors in Kittson County officially has a name and sponsor to move forward with a grant and more grant applications.
The Kittson Living At Home (LAH) Program will be officially housed at and sponsored by The Station Senior Center in Hallock, which is a 501C3 nonprofit. The LAH board members are Roger Dziengel, Elaine Baker, Lyndon Johnson, Mary Carlson and Steve Prebish.
Darcy Hestekind, director of the Tri-County LAH Block Nurse Program at Newfolden, presented information from the Minnesota Council of Nonprofits. This will allow Kittson Living At Home to be sponsored by The Station, giving them the ability to set up a separate banking account for the grant and operating funds for an undefined amount of time.
During a Wednesday, Nov. 23 meeting, the LAH group – which also consists of board members from The Station – agreed this was a better option than rushing on obtaining its own 501C3 nonprofit status.
Four of the seven Station board members were present, so the LAH board recessed so The Station board could call a meeting and approve sponsoring the Kittson LAH program.
“In the mean time you can apply for your own tax identification and nonprofit status,” Hestekind said.
The Station board adjourned and continued the LAH meeting, during which they also approved beginning advertising for volunteers. A part of the grant they received will pay for that cost, which can include newspaper advertising, posters, letters, stationary and more. One such letter they plan to send out will be to clergy within the county.
As a next step during the meeting, Hestekind worked with the board members to create two lists – potential seniors in the county who need help and neighbors who may be willing to volunteer. That list will be kept confidential.
“The strategy is to call someone who knows their neighbors need help,” Hestekind said. “You’re hoping to get some younger people who aren’t working full time or are maybe helping out in family businesses.”
LAH Board Chair Elaine Baker said she’s been pushing to get “younger seniors” – those who aren’t quite ready to be active at the center – involved as volunteers.
Hestekind said responses she’s heard show a clear indication that people agree there is a need for volunteers to help with a Living At Home program.
“If younger seniors don’t feel like they’re ready to participate as a client, then this is a way to get them involved by driving, helping with programs, activities or something else,” Hestekind said.
While advertising and promotional materials are a good way of getting the word out, she added that alone will not draw in volunteers — calling people and simply asking will. Giving them an opportunity to act on something they already know is a need can be a driver for those who have already been thinking of volunteering.
“So don’t be discouraged if nobody or very few come forward from the initial awareness. It’s getting the information out there into the community that this is happening and developing,” she said. “The more people see it and hear it, there will be more interest.”