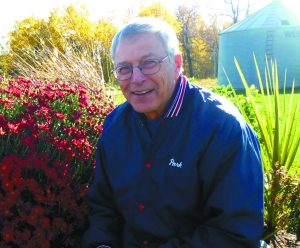 John Krawchuk, 76, of Lancaster, Minn., passed away at his home on Monday, Jan. 20, 2020.
John Roy Krawchuk was born Nov. 9, 1943, at Hallock, Minn., to Bill and Mary (Sandul) Krawchuk. He grew up near Lancaster and graduated from high school there in 1961. John went on to attend Mayville State Teachers College in Mayville, N.D.
On Jan. 20, 1965, he enlisted in the U.S. Navy. John was an aviation electronics technician with Fighter Squadron One Six One during the Vietnam War. He returned home on Jan. 20, 1965.
On Aug. 8, 1970, he was united in marriage to Linda “Lindy” Nielsen. They settled in St. Louis Park, Minn.
John was a supervisor at Control Data, which later became Seagate Technologies. They retired in 2012 and returned to Lancaster. Lindy passed away on Feb. 27, 2018.
John was a member of Sion Lutheran Church and the Lancaster American Legion.
Family members include his siblings, Rose Cerkowniak, Lancaster; Peter (Linda) Krawchuk, Florida; Katherine Molley, Chicago, Ill.; Avis Low, Texas; Delores (Lynn) Carter, Texas, and many nieces and nephews.
He was preceded in death by his son, Billy in 2007; his wife, Lindy; parents; siblings, Ann McGovern, Nettie Dokken, Bertha Knutson, Verna Gamache, Dorothy Krawchuk and Nels Krawchuk.
Services for Johnny will be held this summer.
Austin Funeral Chapel, Hallock, is in charge of the arrangements. www.austinfuneralchapel.com