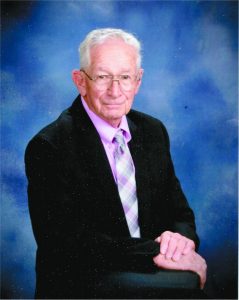 Allen Levi Diamond, 82, went to be with the Lord on Aug. 3, 2020, after battling for many years with various types of illness.
Allen was born to the late Levi and Margaret Diamond on May 31, 1938, in Hallock, Minn. He proudly served in the U.S. Army from Sept. 19, 1961 to 1963.
After serving his country, he met his best friend and love of his life, Louise Ann Viger, and they were married on May 13, 1967. Allen was a dedicated father to not only his own children, but also to numerous foster children throughout their 53 years of marriage.
Allen was an avid hunter and fisherman who loved spending time with family in the great outdoors. He was a skilled mechanic who passed on his knowledge and skills to both his children and grandchildren. He was willing to teach anyone and enjoyed helping others.
He loved playing and coaching softball. He took a fledgling church team and turned them into champions. He had an eye for talent and a knack for getting the best out of everyone. He took that love of the game and even started up several more teams, like a competitive Coca-Cola team that traveled and competed in tournaments outside of Corpus Christi, Texas.
Allen was a strong man of faith who graciously served his church community by reflecting the love of the Lord through his actions. Those actions included ushering at the church, taking care of others when they fell ill, wanting nothing in return. Al and Louise would open up their house to others for fellowship and for the very spirited game nights of cards, dominoes and bunco. He never failed in making you feel welcome.
Al was a man of commitment and loyalty. He worked very hard for several employers and retired late in his life giving everything he had to his work, church and family. After celebrating his 50th wedding anniversary to Louise, it was evident that he had touched the lives of many from the huge turnout that brought family and friends from all over the United States. A happy man he was.
He was a man that enjoyed a good road trip, as he and Louise would take trips all over the U.S. to explore the rich cultures and experiences together. Just ask Louise about Branson, Miss.
Allen was preceded in death by his parents, Levi and Margaret Diamond; his sisters, Joan Reed and Lucille Younggren; and brother, Jimmy Diamond.
He is survived by his loving wife, Louise; his sister, Betty Reis; and his children, Allen Jr. (Vicki) Diamond of Las Vegas, Nev., Darren (Christy) Diamond of Yorktown, Texas, Troy (Crissy) Diamond of Corpus Christi, Steven (Tracy) Diamond of Henderson, Ky., and Tina Diamond of Barron, Wis. He was a cherished grandfather to 10 grandchildren and one great-grandchild.
Funeral services were held Thursday, Aug. 6, 2020, at noon, at Messiah Lutheran Church, 4102 Trinity River Dr., Corpus Christi. Graveside services were held Thursday, Aug. 6, 2020, at 1:30 p.m. at Coastal Bend State Veterans Cemetery.