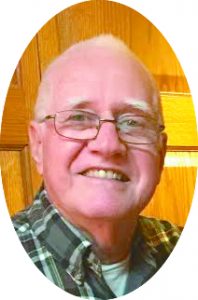 James Von Schriltz, 86, died in Hallock, Minn., at Kittson Memorial Nursing Home on Nov. 12, 2020, surrounded by his family and their love.
James, the son of Forrest and Martha Von Schriltz, was born in Newark, Ohio, on May 6, 1934.
James grew up in Newark until his senior year of high school when the family moved to California. After high school, James joined the Air Force and was in active duty during the Korean War. After four years of active military duty, he was in the Air Force Reserves during his college years at Pacific Lutheran University. After earning his bachelor’s degree, James attended Evangelical Lutheran Theological Seminary in Columbus, Ohio, and graduated from there with a bachelor of divinity degree in May 1964.
In 1962, James moved to Scobey, Mont., to complete his pastoral internship. It was there where he met his soul mate, Loretta Madsen.   After three dates, James asked for her hand in marriage. They exchanged vows and became husband and wife on June 22, 1963.
James was ordained in May of 1964, at Holy Redeemer Church in San Jose, Calif. His first parish was in Leader, Saskatchewan, and it was there where his family became complete with the addition of four daughters and three sons. The family moved to Richmond, British Columbia, in 1972, and then to Walhalla, N.D., in 1977. In 1986, James became pastor of the Lutheran church in Plentywood, Mont., and this is where he retired from in 1992. Over the course of his time as a pastor, James oversaw many weddings, funerals, baptisms and confirmations.  Each of those occasions held a special memory for him and the people involved held a special place in his heart.
After retiring as pastor in 1992, James and Loretta moved to Corona del Mar, Calif. It was there that they managed a retirement complex for senior citizens. In 1998, they moved to Hemet, Calif., where they resided until moving to Billings, Mont., in 2009. James and Loretta lived in Billings until January 2020, when they relocated to Hallock. It was in Hallock where James lived out the rest of his days while receiving care to navigate complications from Alzheimer’s Disease.
During his time in college and the Air Force, James was a member of track teams and was skilled in the art of fencing. He had the opportunity to try out for the Olympic team as a hurdler, but chose to forgo the trials to focus on his education and remain on course to attend the seminary. He was an avid sports fan and followed the Lakers, Buckeyes, 49ers, Jack Nicklaus and Tiger Woods with great interest.  His love of golf started when he was in his late 30s and he continued walking courses well into his 80s. James was passionate about watching his kids and grandkids play sports, and his suggestions for referees and umpires were not always delivered with the same grace as his sermons!
James drove the ambulance during his time in Walhalla, loved to make stained glass projects, enjoyed travelling and gardening, and loved throwing horseshoes. James is well known for his love of family, welcoming smile and socializing with strangers that often became friends.  He was happiest when surrounded by family and sitting around the kitchen table talking or playing games.
James is survived by his wife of 56 years, Loretta; four daughters, Donna, Betty, Leah and Naomi; three sons, John, Bob and Dwight; sister, Judy; 19 grandchildren; and over 20 great-grandchildren and great-great-grandchildren.
He is preceded in death by: his parents; brother, Billy; sister, Marji; brother, Don; sister, Marilyn; daughter-in-law, Melanie; and grandchild, Andrew.
Due to current restrictions under COVID-19, a memorial service will be planned at a later date.  Letters of condolence can be sent to: Loretta Von Schriltz, P.O. Box 58, Hallock, MN 56728.