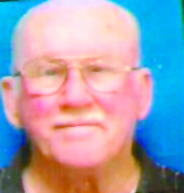 Robert “Bob” Gary Mattson, 80, of Hoyt Lakes, Minn., died Saturday, Feb. 27, 2021, at the Bayshore Residence and Rehabilitation Center in Duluth, Minn.
Bob was born at home in Lancaster, Minn., on June 23, 1940, to Herbert and Helen (Heinrich) Mattson. Bob graduated from Lancaster High School in 1958 and the family moved to Hoyt Lakes. Bob attended two years of college and then started working for Erie Mining Company in 1960. In 1962, Bob enlisted in the U.S. Air Force.
On Feb. 13, 1965, Bob married Sylvia Sherman. After his honorable discharge from the Air Force, the couple returned to Hoyt Lakes and Bob returned to his job at Erie Mining. The couple purchased a home and started a family.
Bob had several interests including: softball, golf, bowling, reading, quiz programs, playing cards with his buddies, casino trips and family vacations. Bob retired from LTV as a general foreman upon the company’s closure at Dunka River.
Survivors include: his wife of 56 years, Sylvia; son, Robin (Toni) Mattson of Hoyt Lakes; daughter, Shayla Mattson of Aurora; four grandchildren, Matthew Mattson of Little Falls, Minn., Jared Line of Aurora, Minn., Jade Line of Aurora, and Margaux Mattson of Hoyt Lakes; one brother, Charles (Lynda) Mattson of Gilbert, Minn.; brother-in-law, Allan (Lavonne) Sherman of Grand Rapids, Minn.; sisters-in-law, Virginia Trumble and Sandra Warmbold both of Grand Rapids, and Lucille (Louis) Katzenberger of Sterling, Ark.; as well as 14 nieces and nephews; and five cousins.
He was preceded in death by: his aunt and uncle, Wally and Gladys Mattson; aunt, Clarabelle Richardson; and his parents.
There will be no service at this time. A celebration of life will be held later this summer when it is safe to do so.