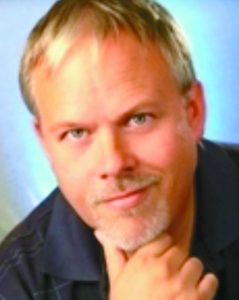 Scott Warren Quiner, 55, of Buffalo, Minn., passed away into the loving arms of his Lord and Savior Jesus Christ on Jan. 22, 2022. He had a passionate desire to serve God, his family and his church in every way possible.
He was born on Jan. 29, 1966, in Minneapolis, Minn., the son of Gale and Shirley (Sollund) Quiner. When Scott was 7 years old, he and his family moved up north near the Canadian border to the small town of Hallock, Minn. They had a 40-acre farm and that is where Scott developed his love of the outdoors.
Scott graduated from Hallock High School with the class of 1984. Not long after his graduation, he enlisted to serve his country in the United States Air Force. He was sent to Travis Air Force Base in California, which was where he met Anne Gilio in June of 1985. After nine months of dating, they eloped in Reno, Nev., and were married March 12, 1986.
He was deployed during Operation Desert Shield/Storm and after nearly eight years of military service, he was honorably discharged as sergeant on March 27, 1992.
The Quiner family made their home in Minnesota after his military duties, and Scott was employed for 21 years at GW Transportations in Delano, Minn., as general manager. When Scott wasn’t working, you could find him out on the lakes fishing, especially on Lake Pulaski. He loved working on his cars and rebuilding motors; he was extremely gifted with mechanical knowledge. Scott enjoyed taking his motorcycle out on the open road for quick trips and simply loved being outside.
His faith in God and his love for his family was his main priority above everything else. He was a devoted husband, dad and son, and made sure everyone’s needs were always met. He spent as much time with his children as he could creating special memories with each of them. He was active in his church Bible study groups and was ordained as a minister to help serve fellow parishioners with guidance.
He is survived by: his wife, Anne; children, Andrea, Jesse and Nathan; parents, Gale and Shirley Quiner; and many other relatives and friends.
Scott is preceded in death by: his brother, Greg; grandparents, Ruth and Ray Quiner and Chester and Gladys Sollund; aunt, Bonnie Boie; and cousins, Ryan Holte and Shannon Sollund.
Funeral service will be held Friday, Feb. 18, 2022, at 2 p.m. with visitation one hour prior at 1 p.m. at Buffalo Covenant Church, Buffalo. Interment will be held at a later date at Union Liberty Cemetery in Hallock.
Funeral arrangements have been entrusted to The Peterson Chapel in Buffalo.
Online condolences for the family may be directed to www.thepeterson chapel.com.