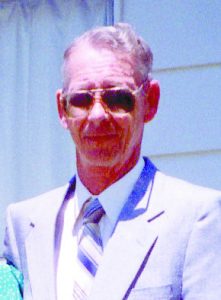 Wilbert Edwin Charles Schulte, age 90, of Osceola, Wis., died Monday, Jan. 6, 2020, at his home with his loving family by his side.
Edwin was born July 24, 1929, in Hill Township, Kittson County, Minn., to August and Paulina (Plieman) Schulte. He enlisted into the Army in 1948, where he received his G.E.D. and was called into combat during the Korean War outbreak in 1950. Edwin was honorably discharged in 1952 at the rank of staff sargent and was awarded for many foreign conflict situations, including the Bronze Star.
After returning home, Edwin took on many career paths in construction, TV and radio repair, auto mechanics, and a long lasting career with the Midwestern Natural Gas Co. where he retired at age 59. As a young hockey player, he met Yvonne Johnson at a game and both were soon married in Hallock, Minn., on Nov. 21, 1953. They both raised four children, Mark, Tom, Brad and Karen. Edwin was very active within the KCs, the American Legion and enjoyed many hobbies including fishing, golfing, camping, traveling and woodworking.
He is survived by his wife of 66 years, Yvonne Schulte; children, Mark (Ivy) Schulte, Tom Schulte (fiancee, Donna White), Brad Schulte, and Karen Schulte; grandchildren, Jessica Schulte, Todd Schulte, Ben (Gaby) Schulte, Mitchell Schulte, and Nathan Schulte; also many nieces and nephews.
Edwin was preceded in death by his parents, August and Pauline Schulte; brothers and sisters, Lawrence, Leo, Steve, Leonard, Robert, Mary, Edna, Clara and Annie.
Mass of Christian Burial was held 11 a.m., Monday, Jan. 13, 2020, at St. Francis Xavier Catholic Church in Shafer, Minn. Spring interment will be held at Mount Hope Cemetery in Osceola. Condolences may be expressed at www.grandstrandfh.com. Memorials are preferred to St. Francis Xavier Catholic Church.